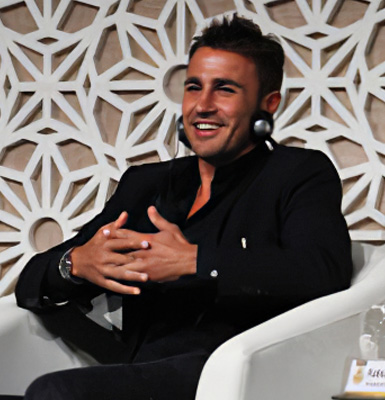 UAE Football League club Al-Ahli in Dubai
Fabio Cannavaro is an italian professional footballer who plays as a central back for the UAE Football League Club Al-Ahli in Dubai. He started his career at Napoli, before spending seven years at Parma, with whom he won two Coppa Italia and the 1999 UEFA Cup. After spells at Internazionale and Juventus, Cannavaro transferred along with manager Fabio Capello from Juventus to Real Madrid, with whom he won consecutive La Liga titles in 2007 and 2008. After returning to Juventus for one season in 2009-10, he joined current club Al-Ahli. Cannavaro has also achieved success with the Italian national team. He was part of the Italy team that won consecutive Under21 European Championships in 1994 and 1996. After earning his first senior cap in 1997, he eventually became captain. Cannavaro led Italy to victory in the 2006 FIFA World Cup. In the same year, he won the Golden Ball.
Years
see you in Dubai