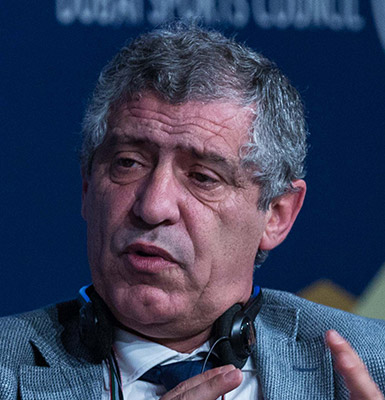 Fernando Santos is a retired Portuguese footballer and the current manager of the Portugal national team who became European champions in Paris in 2016, beating France in extra time and winning the most important trophy in the history of Portuguese football.

After retiring in 1987, he worked as a coach for several decades. Santos managed Portugal’s Big Three, winning five major titles with Porto. For the better part of the 2000s he worked in Greece, mainly with AEK Athens and PAOK.

In 2010, he was appointed at the helm of the Greek national team, coaching them in a World Cup and one European Championship. Subsequently, he led Portugal to victory in Euro 2016.
As the champion of Europe 2016 Santos is a candidate for the Award for coaches.