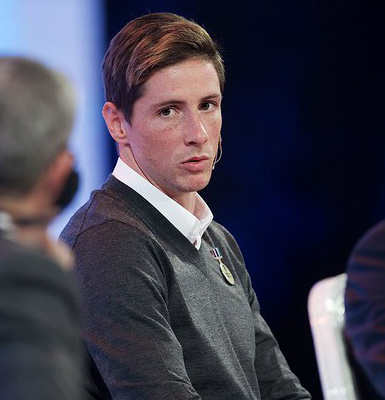 Is a Spanish player, a forward at AC Milan on loan from Chelsea. With the Spanish national team he was a European champion in 2008 and 2012 and a World Cup winner in 2010.

He is nicknamed El Niño for his appearance and for his speedy rise: in fact he made his debut in the Spanish Liga aged 18 and at 19 was captain of Atletico Madrid. Together with Juan Mata, he is also one of the two footballers to have been at the same time, even if only for ten days, a World Cup winner, a European champion with both his club and his national side, and holder of the Europa League trophy. In any case Torres and Mata are, together with  Jürgen Kohler and Andreas Mőller, the only players to have been World and European champions with their national team and to have won the Champions League and Europa League with their club.