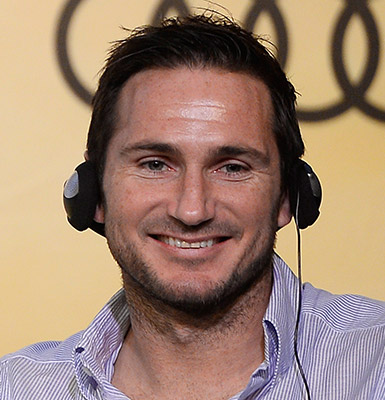 New York City FC Football Player
Frank Lampard is an English professional footballer who plays as a midfielder for New York City FC. He is the all-time leading goalscorer for Chelsea, where he played for 13 years, and is considered by a number of journalists and football experts to be one of the best midfielders of his generation, in addition to being widely regarded as Chelsea's greatest ever player by fans, spectators and players. A three-time Chelsea Player of the Year, Lampard is the club's all-time top goalscorer with 211 goals in all competitions. Lampard is one of seven players, and the only midfielder, to have scored 150 or more goals in the Premier League. In 2005, Lampard was voted FWA Footballer of the Year and was runner-up in both the FIFA World Player of the Year and the Ballon d'Or. In 2010 he received the FWA Tribute Award. He won Premier League titles in 2004–05 and 2005–06 and a domestic cup double in 2007. He won a second FA Cup winners' medal in 2009, In 2012, Lampard captained Chelsea to their first UEFA Champions League success and a year later to their first UEFA Europa League title.
Years
see you in Dubai