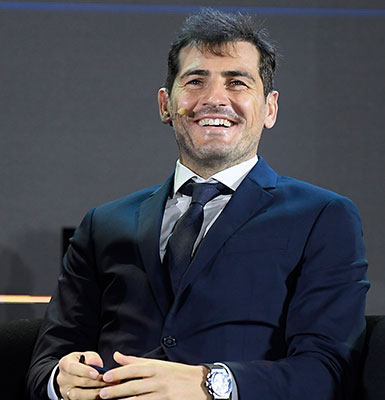 Iker Casillas is one of the most accomplished goalkeepers of all time who achieved over 1,000 professional career matches, holding the record for the most clean sheets in the UEFA Champions League, as well as for the Spain national team.

At international level, Casillas captained Spain to their first FIFA World Cup title at South Africa in 2010, and also kept goal for their UEFA EURO triumphs of 2008 and 2012.

“Most kids dream of scoring the perfect goal. I’ve always dreamed of stopping it.” — Iker Casillas