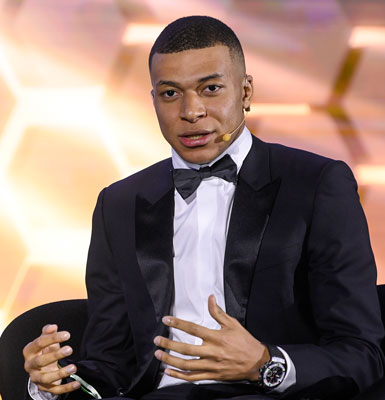 Playing as a forward for French club Paris Saint Germain and France National Team, Mbappé is considered one of the best players in the world, with his professional debut in Ligue 1 with Monaco, when he was only 16.

His transfer to PSG in 2018 was worth €180 million, making him the most expensive teenager in the history of football.

Even if he’s only 23 now, he has won several important trophies, such as 4 Ligue 1 (one with Monaco and 3 with Paris Saint Germain), 3 Coupe de France (with PSG), 2 Coupe de la Ligue (with PSG), 2 Trophées des Champions (with PSG) and two titles with the French National Team: the 2018 FIFA World Cup and the 2020-2021 UEFA Nations League.