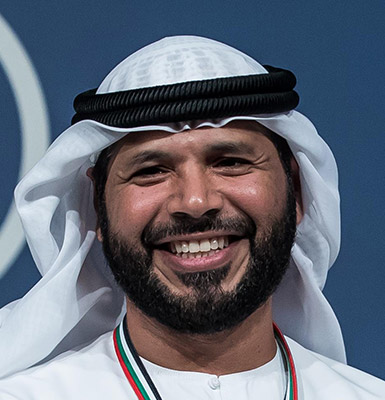 Bin Ghalita has been UAE Football Association President since 2016. He will hold this position until 2020, a period that will include the UAE hosting the 2019 Asian Cup.

He claimed his first election victory in 2004, prematurely stepping aside in 2007 after the Gulf Cup was lifted on home soil. He headed a temporary board in 2011, prior to regaining the top position during the 2012 vote.

Before becoming UAE Football Association President he was Chairman of the club’s board of directors at Al Nasr Club, and during this period he enjoyed many successes, winning the President’s Cup, the Arabian Gulf Cup and the Gulf Club Cup during the 2014/2015 season.