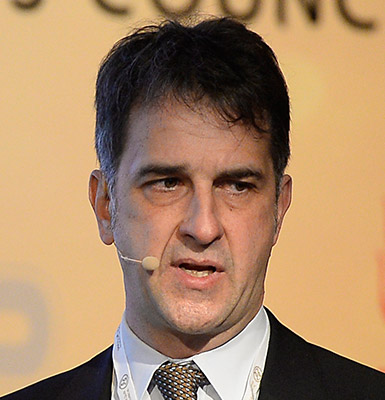 Italian football federation GM
Michele Uva has an entire career dedicated to Professional Sport in several contexts, disciplines and environments. He’s actually CEO of Italian Football Association. He has been appointed on September 16th 2014 to manage operating, organizational aspects and Administration of the FA. Since July 1 has been appointed as a member of UEFA National Team Competitions Committee. For Italian Olympic Committee he has been appointed from Italian Treasury Minister as CEO from May 2013 until September 2014. For Italian Football Association from 2009 to 2013 he has been the Chief Development Officer. He has been CEO of the Parma Football Club (5 years – sport achievements: UEFA Cup, Italian Cup, Italian Super Cup) and CEO and Vice President of the SS Lazio Rome (2 years). He has been involved in other sports as Basketball as CEO of the Virtus Rome, one of the leading Professional Basketball Teams in Italy and Europe, in Volleyball for men and women. President of the Women Italian Volleyball League in 1996. Associated Professor of the Foro Italico University (Rome), Member of “Strategic Committee of University of Rome 4 Foundation” and Current Lecturer in several courses organized by many Italian University.
Years
see you in Dubai