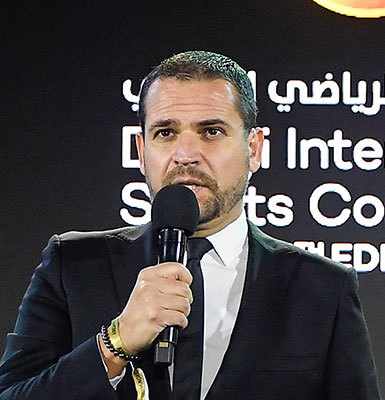 He worked as Technical Secretary at the Benfica Futsal for two years, becoming European Vice-Champion, National Champion, Winner of the Portuguese Cup and the Super Cup. These achievements, together with the fact that he was Event Director of the UEFA Futsal Cup Final, held in the Luz Sports Pavilion, earned him an appointment for the Cruyff Forum Awards 2005, by decision of the institution’s own patron, the Dutchman Johann Cruyff, in the Alumni Professional Achievements category.

A sports analyst and commentator in Portugal for more than 10 years, he has starred in several leading television formats for TVI and TVI24.

Co-author of the books “O Ninho da Águia” and “Lugares de Leão”, he is also the author of the book “Ricardinho – A Magia nos Pés” and, more recently, “Mister Jesus”, where he relates the professional life, career and reasons behind the success of the Portuguese coach Jorge Jesus.