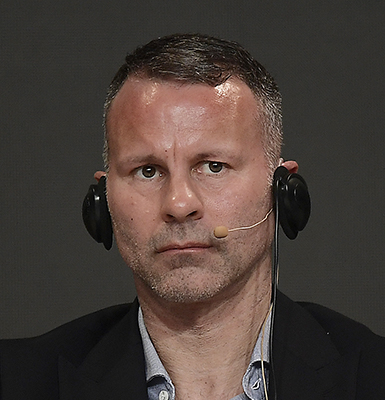 Ryan Giggs is a Welsh football legend that made his name during his many years at Manchester United.

Ryan Giggs has spent the majority of his playing career as an integral part of a successful Manchester United. A rarity for modern players he has played most of his career for both the same club and same manager (Alex Ferguson). He was known for his incredible abili ty to dribble and pass players as well as scoring some spectacular goals.

With Manchester United, Ryan Giggs has won the most prestigious club trophies including, the 13 English Premierships, 2 European Cups, 4 F.A. Cups and the World Club Championship.

Du ring his player career, he was considered one of the most talented players of his generation.