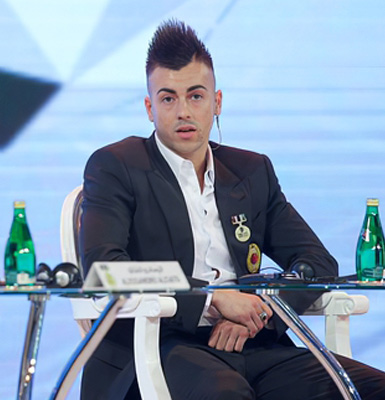 He played for the first time in Serie A in Genoa on 21 December 2008. By making his debut aged just 16 years, 1 month and 24 days he became one of the ten youngest debutants in the top Italian league. In the 2010/11 season he was loaned to Padua, where he scored two goals and the following season he moved on to AC Milan and with them he won the Italian Super Cup in 2011. On 3 October 2012, on scoring his first goal in the Champions League against Zenit St Petersburg aged 19 years and 342 days, he became the youngest scorer in the Champions League in AC Milan’s history (since the competition has adopted this name; in the earlier European Cup the record is held by Gianni Rivera). Aged 19 he made his debut in Prandelli’s national team (Italy vs. England), after making appearances at all the various youth levels. In the Confederations Cup held in Brazil in 2013 he was part of the Italian team which finished third.