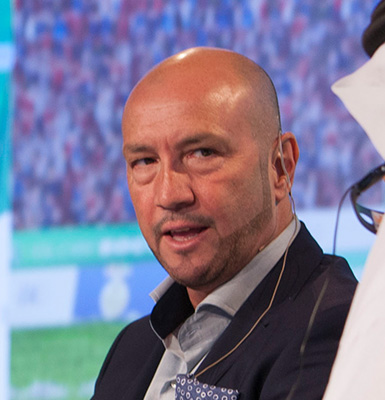 Former footballer and Coach in the UAE

Today he coaches in the UAE and for him Dubai is just like home, but Zenga’s personal history is too important and amazing to not remember him first of all as a phenomenal goalkeeper . Defined as “Spider Man”, recognized as the best goalkeeper in the world by the FIFA in 1990 and by the IFFHS in 1989,1990 and 1991, Walter played in San Siro, Inter side, the noble part of his career, as a real protagonist. Considered as a real idle by competent and passionate supporters, he gave his heart to the black and blue shirt. As a coach, he decided to grow abroad, starting from the USA, finishing leading in Europe all the three big teams in Romania and winning out on the Serbian Stella Rossa’s bench, conquering the National Title and the National Cup. When he went back to Italy, he did it as a protagonist, with the technical management of the Catania and the Palermo, two Sicilian realities characterized by being complicated but exciting. Now he’s back in the lines of those Italian stars who work abroad spreading the Italian model of making football.