Results of the fifth edition

Globe Soccer / The Conference / Results of the fifth edition 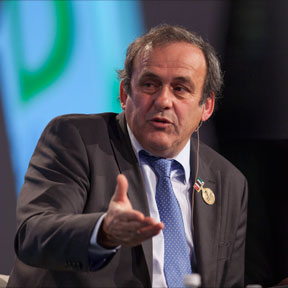 Dubai – The curtain comes down on Globe Soccer and on the Dubai International Sports Conference, delivering a new group of awards and proposals for the game promoted or confirmed by international stars. It was wonderful to see Ronaldo and Ribéry in tandem just a few days before the competition in Zurich for the Ballon d’Or.

They are the two undisputed stars of 2013, but they also have an extra dimension in their contact with people.

Cristiano, in conversation with Collina, was open and honest, setting out his thoughts on referees and the pleasure he finds when meeting match officials who are as open to dialogue as he is. In his turn Collina displayed the professional approach which he applies to work, speaking of the need for a referee to prepare and the day-by-day study which is required, qualities he showed he had in interviewing Ronaldo and bringing up statistics and dates he had found by taking the time to study the star’s career, working just as meticulously as he did when he was refereeing matches.

Ribéry, who displayed outstanding modesty and humanity, tried to embrace all the children he met on his visit to the Rashid Paediatric Centre, and he won them over to the extent that, as soon as he received the award for 2013, our young guests quickly gathered around him for a group photo and he was clearly moved by and delighted at their attention.

This is the magic of Dubai which drives this event with a holiday spirit where everyone has a chance to meet and, for once, are not forced to argue or to pretend to do so. “We love football and we are just like the fans, because we have been fans and we will be so for all our lives. That is the great thing about meeting the other representatives of our game, we can communicate in a different way, we can face the problems which we know well and which sometimes divide us, without having to worry about rivalries which often make no sense” said Xavi on behalf of everyone, and this was confirmed by the seating at the Awards dinner, where Conte was alongside Capello, Rush and Cannavaro, but also close to Ribéry, Guardiola and Xavi.

Conte himself leaves the Emirates with the title of best coach of 2013 and with a new standing, almost as if he has joined an elite group where Capello and Guardiola themselves have placed him. They were alongside him in a session which deserves to be shown at the Coverciano national training centre during the next coaches’ course, given what it produced in terms of openness and contents about the game, and involving immediately afterwards both Busacca and the other key names who were present on the stage of the conference. It was an object lesson for anyone working in football and seeking to know where they stand.

Dubai is all about success, Arabs love football and look to Europe. They are proud of being considered the protagonists of the footballing New Year and are happy to admit it. “We have an international event which creates interest in every country, this Conference has grown enormously and will become increasingly important and high profile”.

They don’t know that under their very eyes real miracles have taken place, with unexpected partnerships being formed and rivalries set to one side, given an event which everyone wants to enjoy in a city without equal, a pearl in the desert that overlooks the sea, with skyscrapers and ambitious architectural experiments that are at the cutting edge of our times. The city has grown from nothing, an impossible dream, but now the most sought after destination in football.