Following the Globe Soccer award win in 2021for the Barcelona and the Spanish national team champion, a second prize for Alexia, twice winner of the Golden Ball and already holder of the highest awards from FIFA and UEFA. National trophies and unanimous praise continue to add to her illustrious record, recalling her history at Barça when Lionel Messi was performing similar feats there with the men’s team. Despite being beaten 3 – 1 by Lyon in the Champions League 2021-22 final in Turin, she was still awarded best player in the competition, top striker and also the scorer of the only Blaugrana goal in the final. 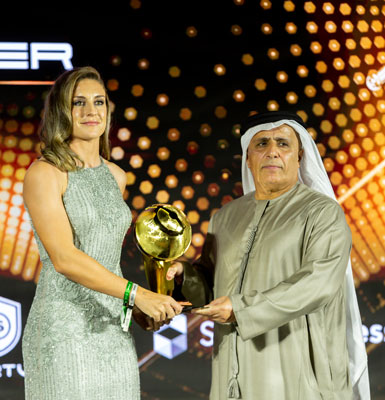