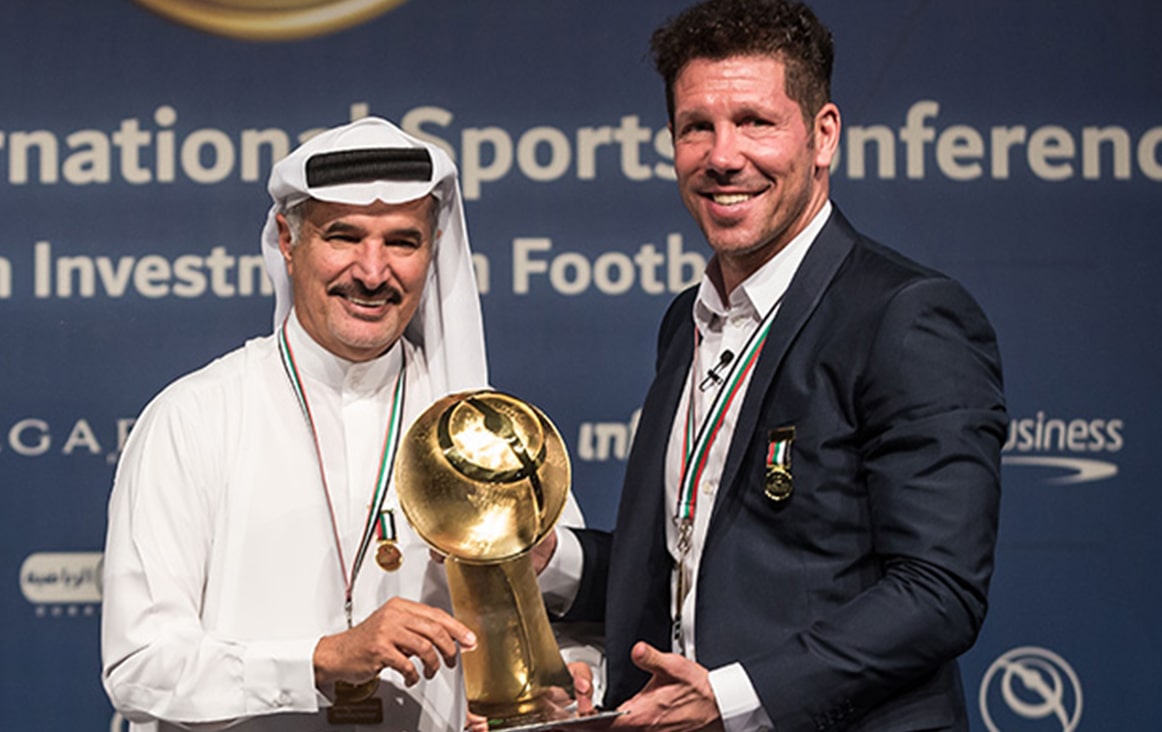 To win a Liga in Spain against the Real Madrid of Ronaldo and the Barcelona of Messi deserves an honorable mention, but Simeone, known as “El Cholo”, has done much more, conquering the European League and contesting two finals of the Champions League, two Madrid derbys that were only lost in extra time.
Determined, solid, tactically precise: defense, intensity, physical power. Simeone has blood running through his veins and he transmits it to the team.
The Award is the well-justified recognition of the companies that have allowed Atlético to remain among the Top Clubs of Europe, as well as achieving even more significant gains.