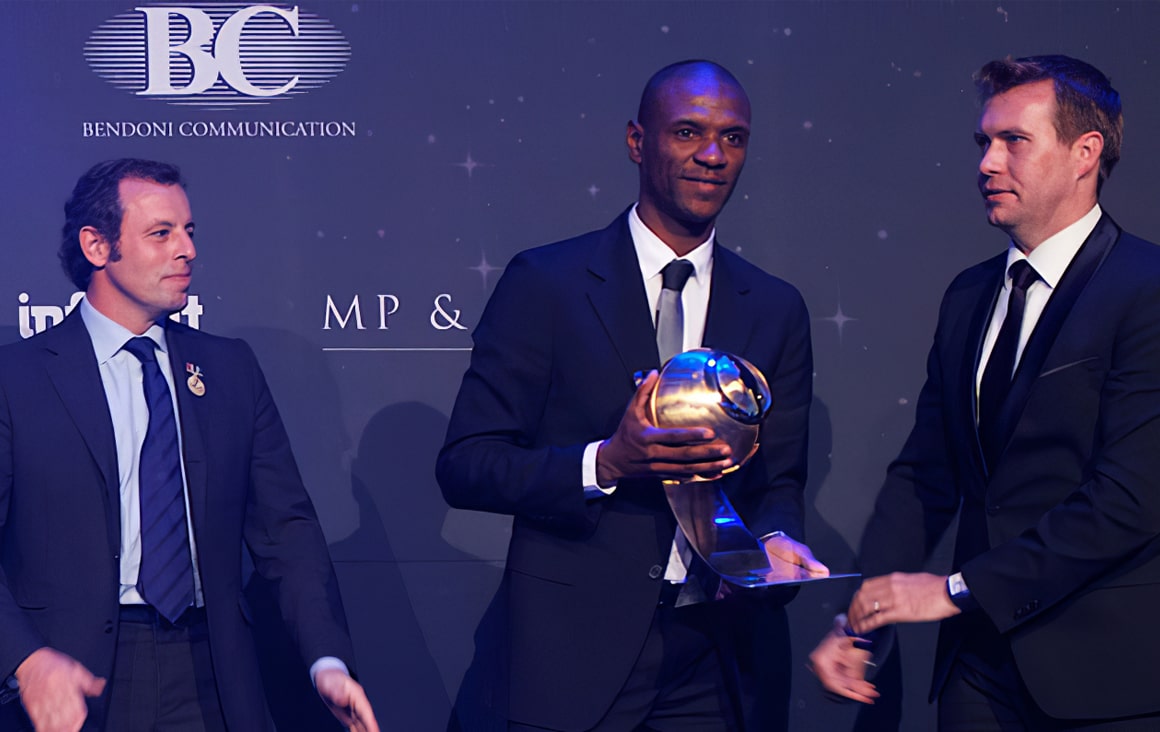 Vice world champion with the France National Team in Germany, in 2006, European and World champion with the Barcelona led by Guardiola, exceptional player with an extraordinary character. Abidal is in the heart of all the football lovers thanks to the quality and the talent expressed and for having successfully beat a very bad disease, assuring a message of hope and trust to all the people struggling great sufferance. On the 28th of May 2011, Puyol’s gesture was beautiful when, at the end of the match won against the Manchester United, he removed his wing and gave it to Eric to let him raise the Champions Cup, just conquered. Since 2007 within the Barcelona, after the great performances with the Lyon, in France, Abidal is now part of the historical stars of the modern Barcelona, with the victory in the “triplet” 2008-2009 (Liga, King’s Cup and Champions League) completed with his first World Cup per clubs, repeated in 2011 against the Santos, beaten 4-0. The Best Career’s Award is in good hands and goes to Eric Abidal.