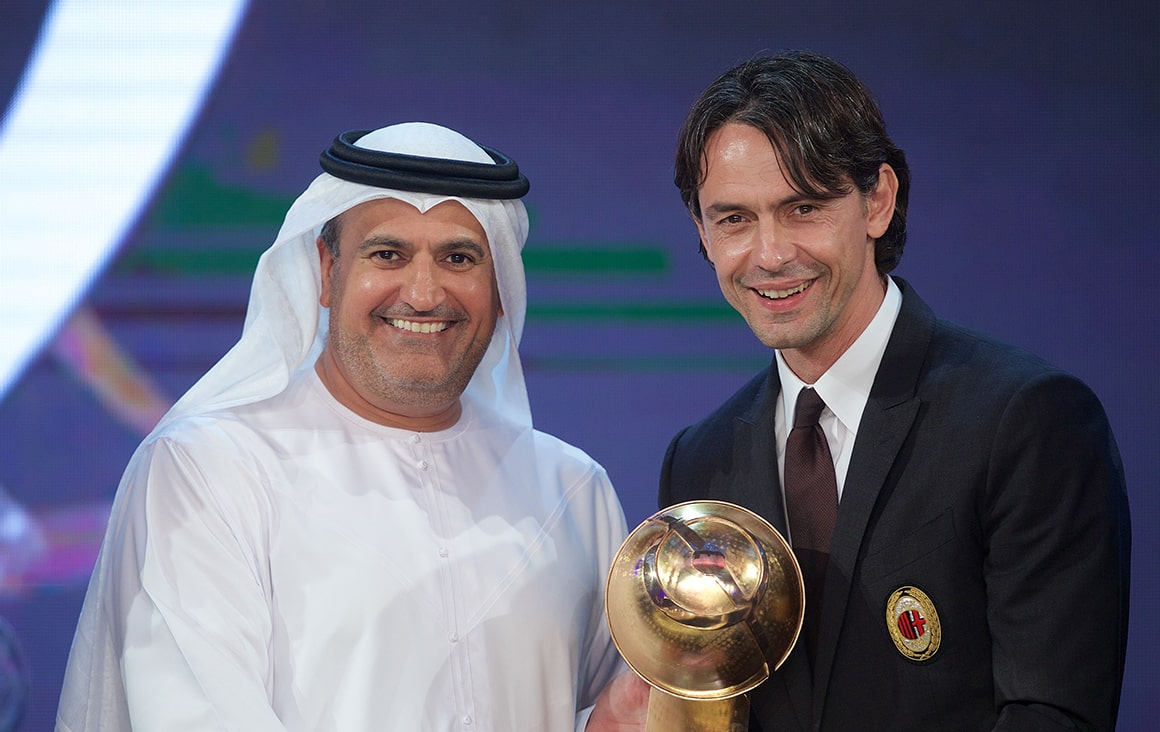 One hundred and fifty-six goals in Serie A, the highest-scoring Italian striker in the Champions League with 50 goals, 57 times capped by Italy scoring 25 goals, World Cup winner in Berlin in 2006. Filippo Inzaghi was a wonderful striker who took centre stage, deciding two finals by bagging two goals in each game, first in the Champions League final in Athens and then in the Club World Cup against Boca Juniors. He today holds the record, which can only be matched but never bettered, of being the only player who has managed to score in all international club competitions. In 2014 Inzaghi, after a brief experience running the youth teams, took over the position of head coach at AC Milan, thus starting what will be his new career as a predestined winner. For now, with the World Cup victory and the second place at the European Championships, the two Champions Leagues won with AC Milan (2003 and 2007) together with the Club World Cup (2007), and three Italian championships (Juventus 1998, AC Milan 2004 and 2011), he has already made his mark in footballing history.