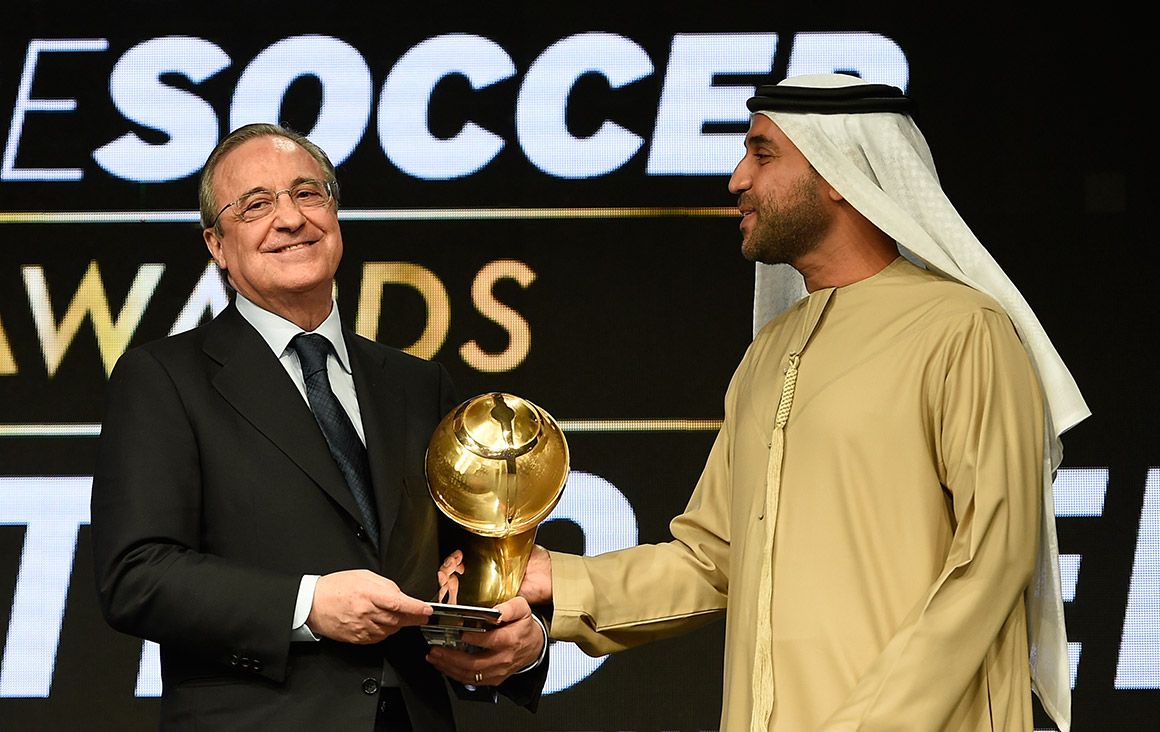 The best president of the year is Florentino Perez, the director of Real Madrid’s golden years which this year saw them increase their record of Champions League victories to eleven, after he also contributed to their tenth victory in 2014. President Florentino Perez has given, and is still giving so much to Real Madrid, also by launching a project to modernise the Santiago Bernabeu stadium which in the near future will benefit the team and fans alike. 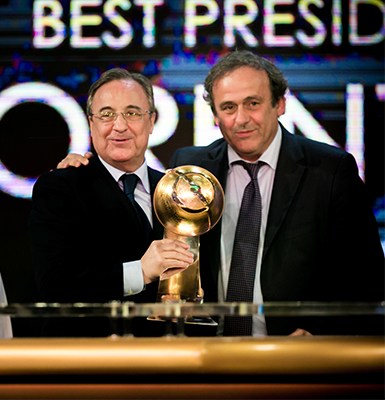 Florentino Perez Best President of the year
see you in Dubai