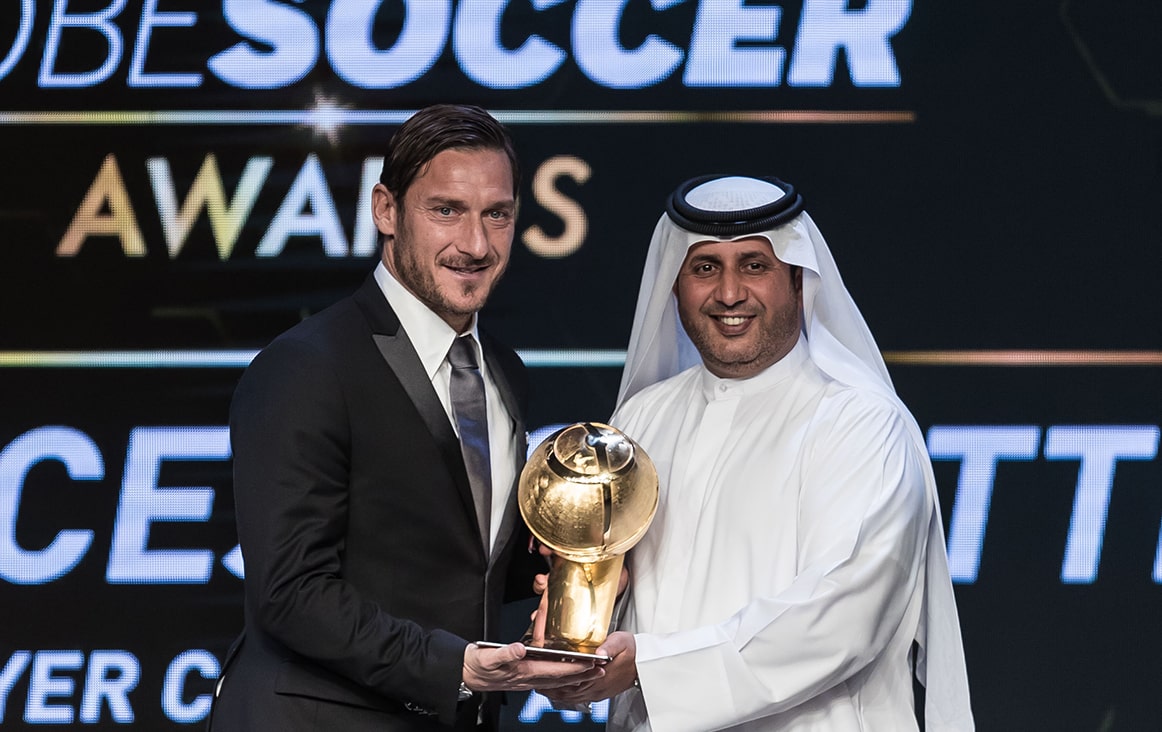 How many started dreaming on account of Totti? He also made his fans all over the world cry their hearts out when he said his last goodbye last May at the Olimpico (an award-winning event on a world-wide scale). Totti devoted his great career to football and deserves to receive Globe Soccer’s Award. He was both captain and talismanic symbol of his AS Roma to whom he dedicated his dynamic football career; he broke all records when he scored 250 goals wearing the same shirt (an absolute record) , second in Serie A, just behind Silvio Piola (290 goals but with more teams).
During his career, he won the most coveted Trophy, the World Cup in Berlin in 2006, the very honour that escapes Messi and Cristiano Ronaldo, winning when he was still a convalescent with a Nazionale led by Marcello Lippi. He won 5 titles with his Roma: the Italian Championships and twice the Coppa Italia and the Italian Supercoppa.
Among his personal triumphs, one can even find the Golden Shoe which he won in 2007. This is substantial for a champion who was born playing as a midfielder. Everyone regards Totti as a football genius and is one of the most followed in every continent.