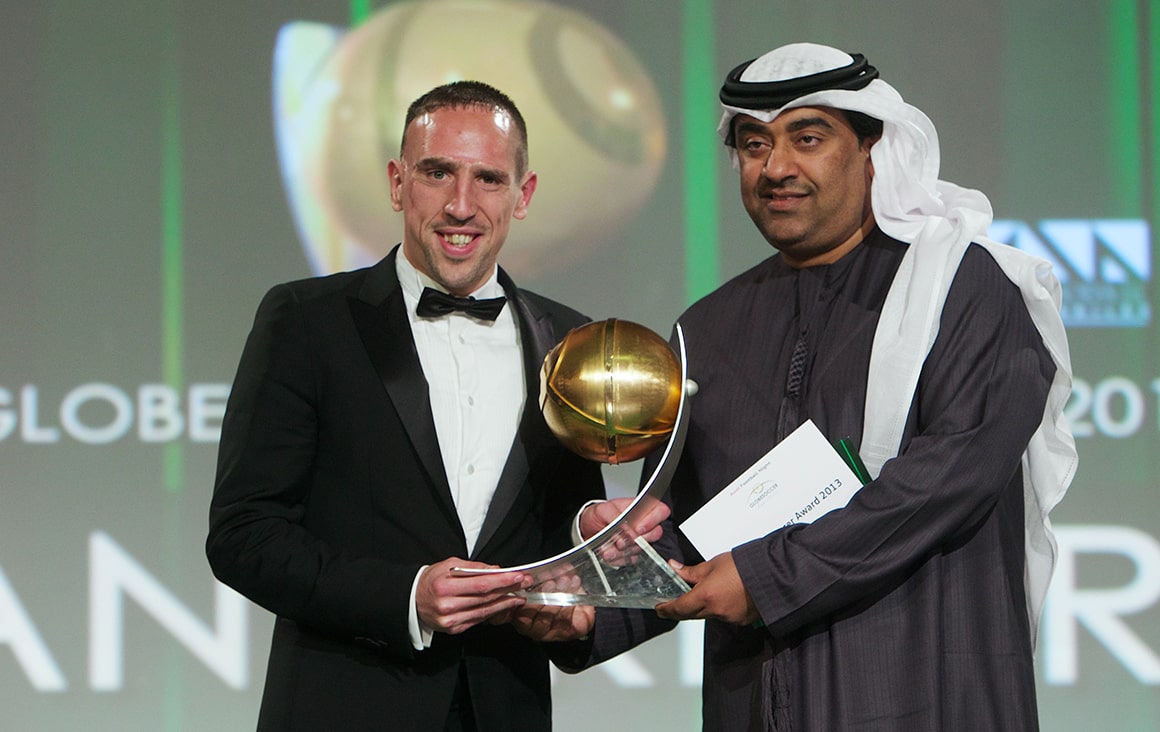 Of Bayern Munich, champion of Germany, Europe and the World with his club team, World Cup runner-up with France in 2006. Star of a triumphant season for the Bavarian club, a candidate with Cristiano Ronaldo and Messi for the FIFA Ballon d’Or. A model of tactical skill, mixed with talent, speed and integrity. He will be one of the stars in Brazil, after contributing to France’s qualification in November.