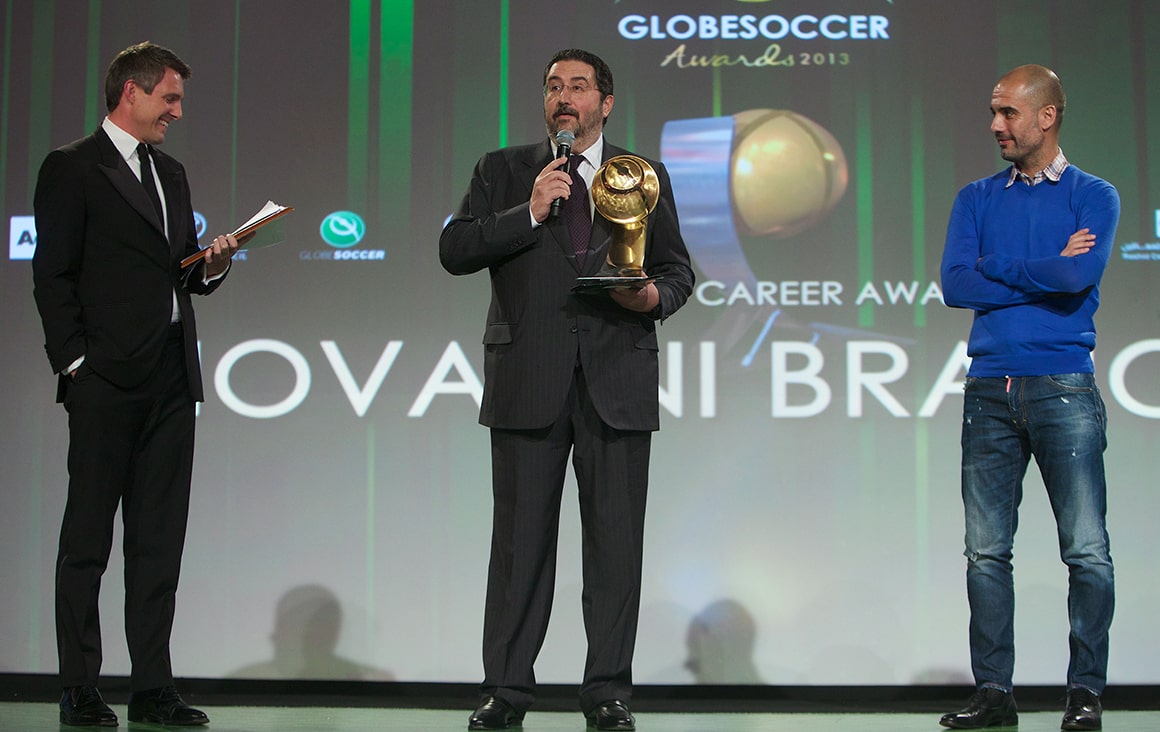 Giovanni Branchini is in the running for two awards, agent of the year and the career award for agents, for having facilitated the agreement between Bayern and Guardiola and bringing to the team that are champions of Europe the coach who had won everything with Barcelona, and for having worked for over 30 years in the footballing world  with style and character, displaying loyalty and passion. His first big client, Ronaldo, was escorted around Europe by a very young Branchini and was a phenomenon. His work in 2013, which in reality came to fruition twelve months ago, has made him even more credible because this extraordinary fan of football, before taking any action, analyses the strategic situation from every viewpoint, looking to make it advantageous for everyone. Guardiola and Bayern are happy to confirm this truth.