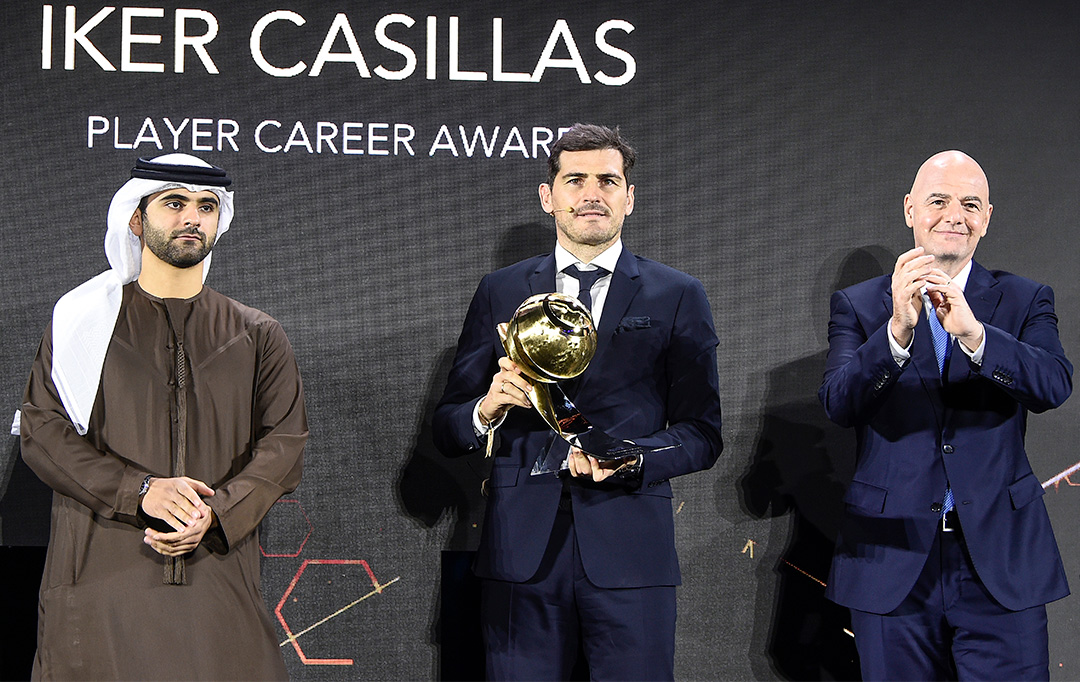 Considered to be one of the best goalkeepers of all time, Casillas played for 16 years in Real Madrid’s first team and he also holds the record for keeper with 181 Champions League appearances and 188 in UEFA club competition.

He has won practically everything at the national level with Real Madrid, including five Spanish championships, four Spanish Super Cups and two Spanish Cups, while at the international level he has triumphed in three Champions Leagues, two UEFA Super Cups, one Intercontinental Cup and one Club World Cup. Furthermore, with Porto he won a Championship and a Portugal Super Cup.