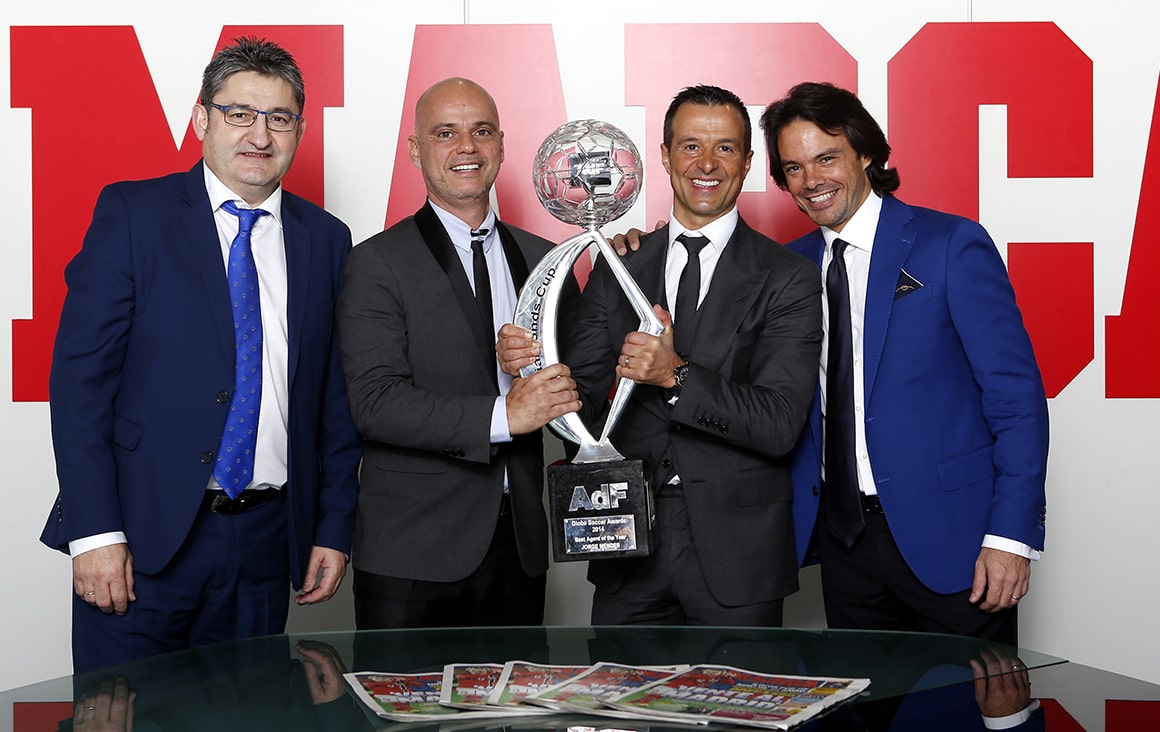 Globe Soccer celebrates the 5th award with Marca and AdF

The no. 1 agent has won the award in Dubai at all five editions 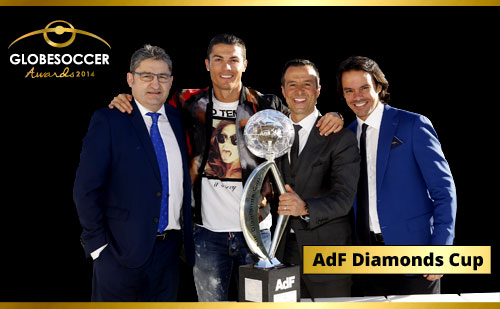 Dubai – The extraordinary event, if we consider Globe Soccer and its results, regards the awards and the confirmation of Jorge Mendes as the unchallenged number one in the important category of those operators who are closest to the players, i.e. their agents. Since the decision was taken to rank and acknowledge agents, with the first edition of the Awards in Dubai in December 2010, the real special one has been the Portuguese, who over 5 years has managed to break all other records in football by becoming the only person in the game capable of winning a global prize five times running.

Although aware that Mendes’ winning streak could continue, the Globe Soccer organisers, in association with Marca which since 2013 has been the official media partner of the Awards, has decided to mark this achievement which is currently unique in the history of the awards given to the stars and protagonists of intercontinental football.

For this reason it has been decided to set up an Award celebrating this outstanding success, with the hope of being able to award it for other categories too (directors, coaches, players, teams, referees), and, if we looking at 2014, the choice of the location to present the award could only be Madrid (best team, best chairman, best coach, best player, best young player at Globe Soccer Awards 2014). Mendes, moreover, who represents both Ronaldo and James Rodriguez, two of the award-winners, is in some way been playing at home.

Adding further importance to the event is the involvement of AdF with the Diamonds Cup created by Rui Alvim de Faria, the trophy which presented at Marca’s offices to the agent who has chalked up 5 straight wins. The Award is prestigious, but we are sure that Mendes will have no intention of stopping, after 5 victories we are convinced he will try to go for ten.