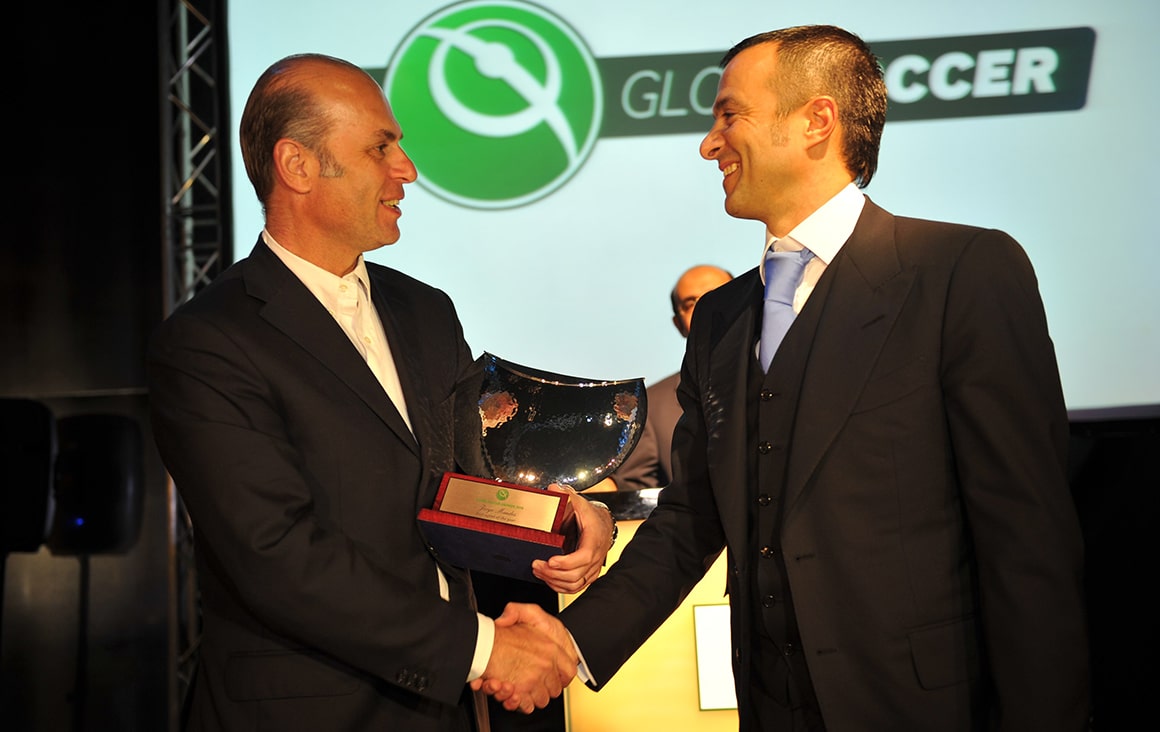 The award for the best FIFA agent of 2010 goes to Jorge Mendes, the representative of, among others, Josè Mourinho, the coach who won everything with Inter Milan, before masterminding his astonishing transfer from Milan to Real Madrid.

Mendes was not only capable of accompanying the Portuguese coach in his transfer, but he also managed to lay the groundwork by the means of contractual clauses which left Mourinho free to choose.

Just the year before Mendes had been responsible for the record transfer of Cristiano Ronaldo from Manchester United to Real Madrid, confirming the quality of his clients, which reflects the ability and serious approach to his work of this outstanding agent.

There is great appreciation for Mendes’ methods and way of conducting himself, which help make him a leading figure on the international football scene.

After all, after Mourinho’s statement (“if Globe Soccer is a serious event, the award must go to Mendes”), there was no other choice…