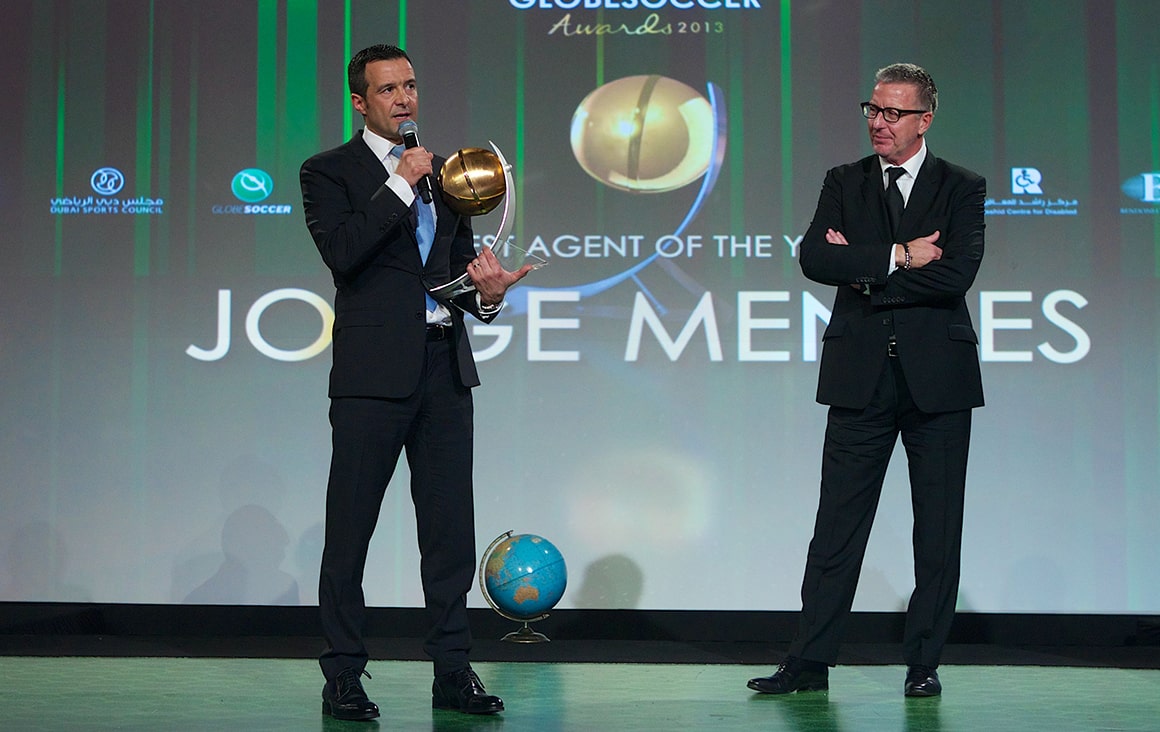 Wins his fourth Globe Soccer Award, after having revolutionised the footballing panorama in three championships, with Falcao going to Monaco and Mourinho from Spain to England, before completing the renewal of Cristiano Ronaldo’s contract with Real Madrid, bringing the Portuguese star to be among the highest earners of all time. Mendes’ success has an even greater meaning, considering his direct competitors in the shortlist drawn up by the EFAA, all potentially worthy of an award.