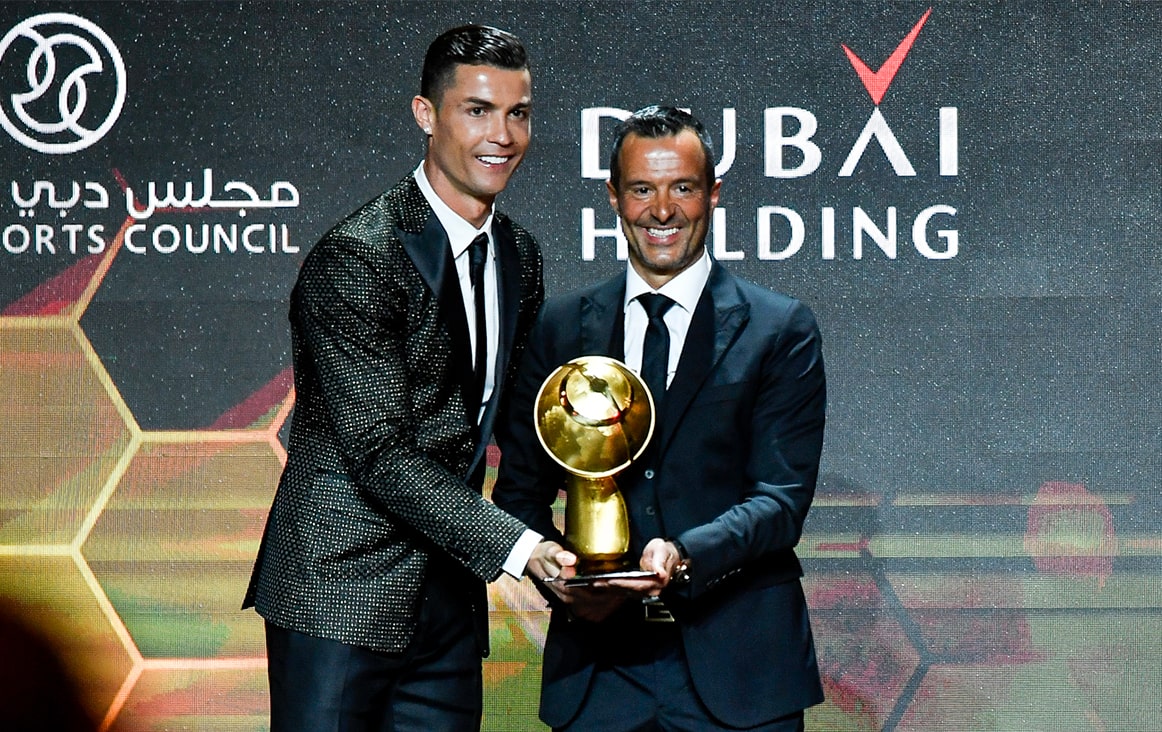 With this award there are now 8 Globe Soccer Awards on the Portuguese agent’s trophy shelf, and you could argue that there could be no further real justification needed to award this prize, except that it rewards an extraordinary talent that over the years has continued to make the most outstanding moves in the market.
In 2018 he orchestrated the most important triumph of the new millennium with the transfer of Cristiano Ronaldo from Real Madrid, Champions of Europe, to the record-breaking Juventus.