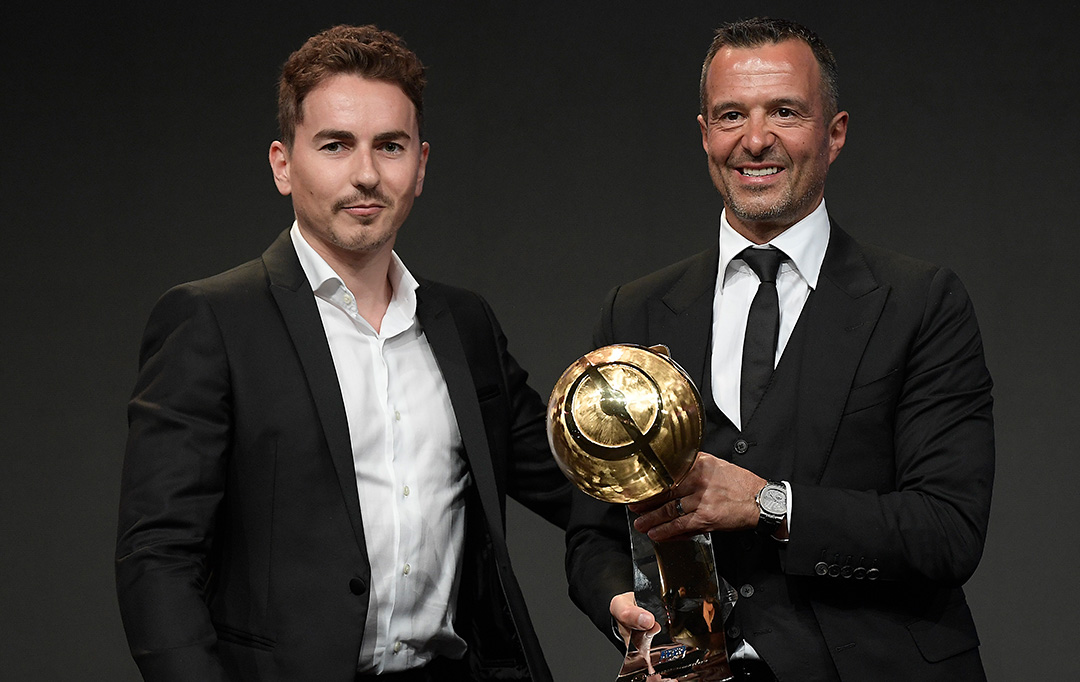 Winner for six consecutive years of the Globe Soccer award for Best Agent in the 2010-2015 editions, after a break for only one year – in 2016 – in which Mino Raiola took the prize, today Jorge Mendes wins again, for the third time in a row, making it nine Award in total in Globe Soccer history.

The award is the crowning achievement of the transfers value he did in 2019 in which he participated in some of the most important market operations, most impressive of all the record transfer of the youngster Joao Felix, born in 1999, who left Benfica on July to join Atletico Madrid at a value of 126 million.