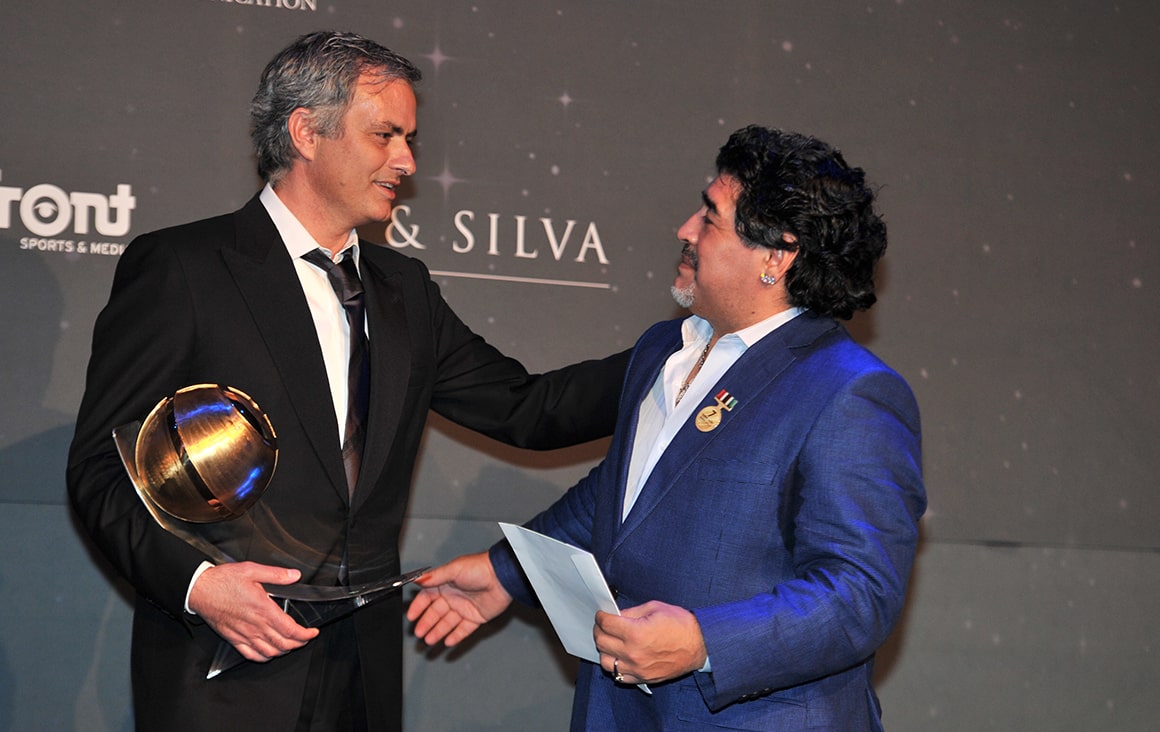 Awarded by: Maradona along with Dubai TV

To present him it would be enough remembering the fact that he used to win with Porto, Chelsea, Inter and Real Madrid all that he could win. Furthermore, he was the only one winning everything in Portugal (National championship, National Cup, Super Cup, UEFA Cup, Champions League with the Porto), as well as he did in England (Premier League, FA Cup, Community Shild and League’s Cup with the Chelsea), in Italy (Scudetto, Supercoppa, Coppa Italia and Champions League with the Inter) and in Spain (King’s Cup, Super Cup and Liga with the Real Madrid). In Europe, he won three titles with Porto and Inter, before moving to the Chelsea and then to the Real Madrid. Josè is beloved by his players and by the media which recognize his excellent qualities. Unforgettable was his presentation to the Chelsea when he defined himself as the Special One. In fact he demonstrated to be it on the field, winning the gold ball title and becoming for three times the best coach in the world. With 20 titles won in 12 years of career, the Best coach of the year Award goes to him , especially after his success in the Liga against the Super Barcelona with the incredible score of 100 points in the rank. 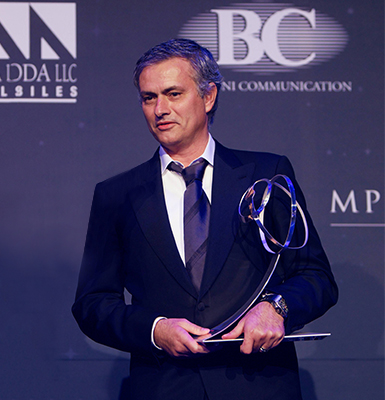