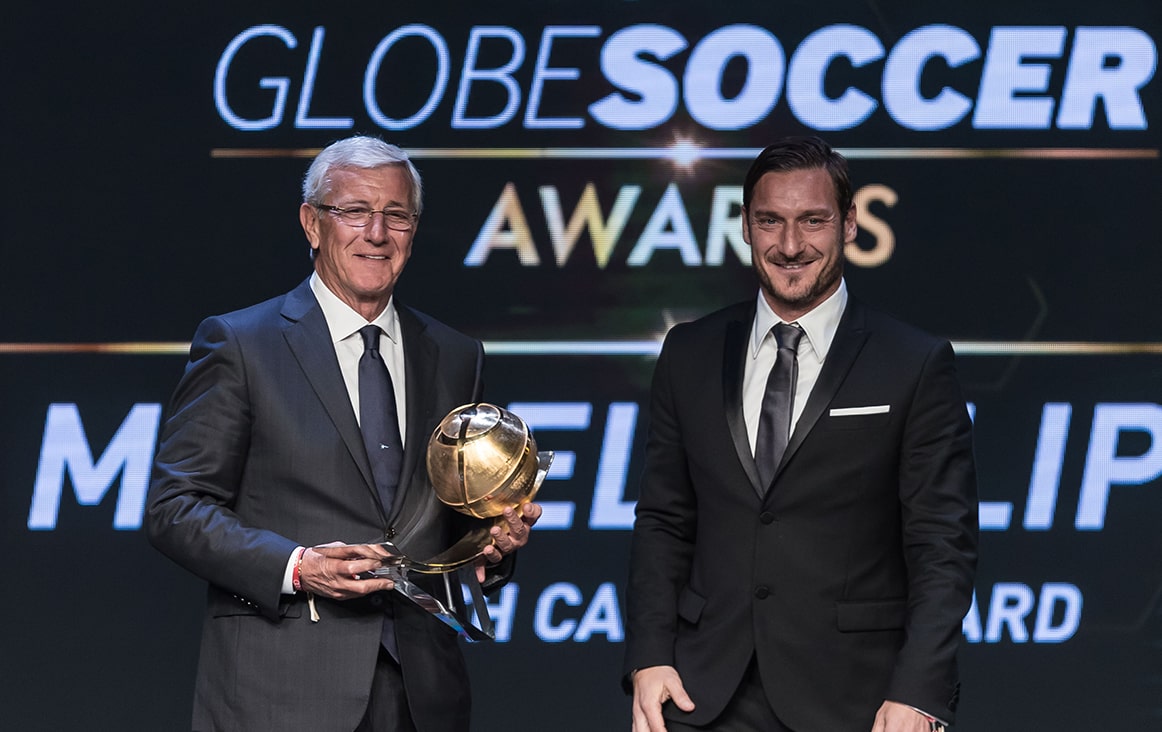 Globe Soccer awards Marcello Lippi for his career as coach, a career which is rich with stupendous victories, first and foremost with the Juventus. He trained the Juvé from 1994 to 1999 and then from 2001 to 2004 when he won the Italian championships five times, four times the Italian Supercoppa, once the Coppa Italia and the UEFA champions league, the Coppa Intercontinentale and the UEFA Supercoppa on the international level.
But the initiative that earned him a memorable name in the story of football and all over the world is the victory in 2006 in Germany with the Italian Nazionale when the Italians were crowned world winners for the fourth time. Today, Lippi is working hard in China, a country that is already making a name for itself. In fact, the Chinese Guangzhou Evergrande club already won three Chinese Super Leagues, the Chinese Cup and an AFC Champions League. It is also in China that, in 2016, Lippi organised, as team manager of the Nazionale, the football future of this great Country.