Miguel Angel Gil
The best Club Director of the year 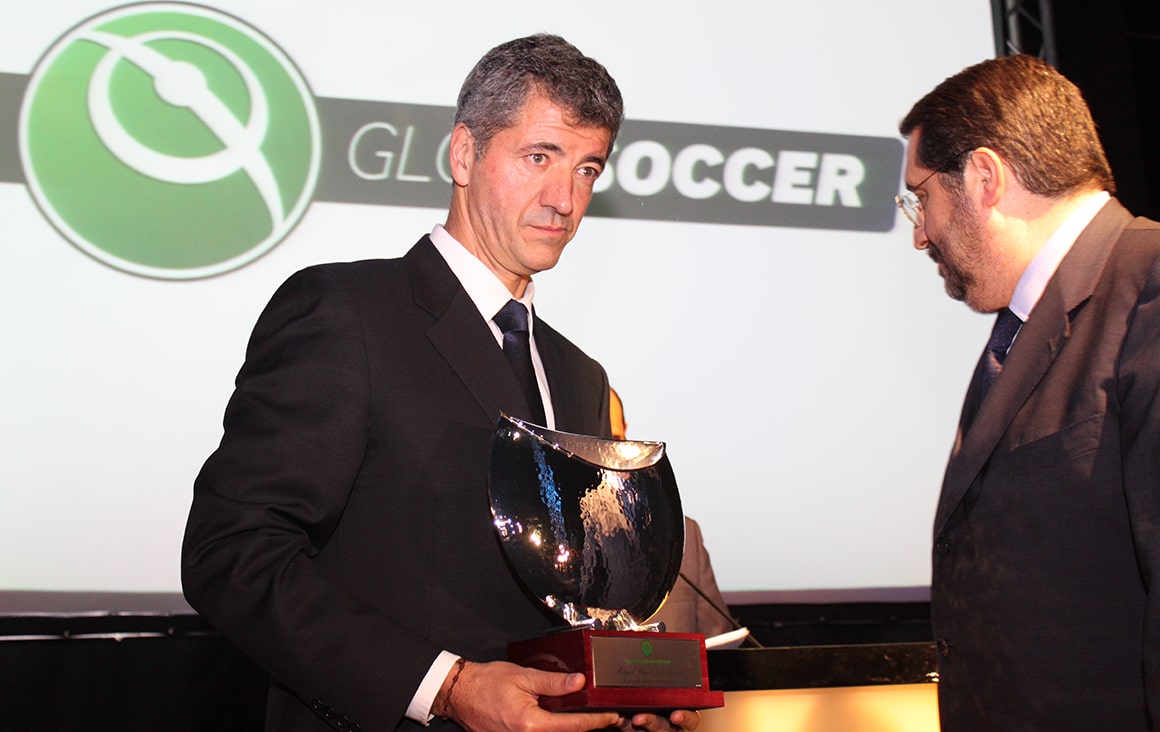 Miguel Angel Gil deserves this award for his leadership of Atletico Madrid which, after the well-known problems of the past, returned to a leading role on the international scene, culminating in the 2010 season with 3 knock-out competition finals, two of which it won at European level. Atletico triumphed in the Europa League by beating Fulham 2-1 in extra time and did even better in Monaco against the Champions League winners Inter Milan, winning the Super Cup by a clear 2-0 margin. In the final of the Coppa del Re, in Barcelona against Seville, although they lost, Atletico showed they had returned to their glory days and brought fully 60 thousand passionate fans with them. Gil’s work at the club, which is perhaps the most popular in Madrid, reveals a modern and forward-looking approach. Today Atletico has important projects and international agreements in the main footballing nations. Besides it stadium, called the Caderon, it is enhancing its property base by building a fantastic centre 10 kilometres from Madrid.