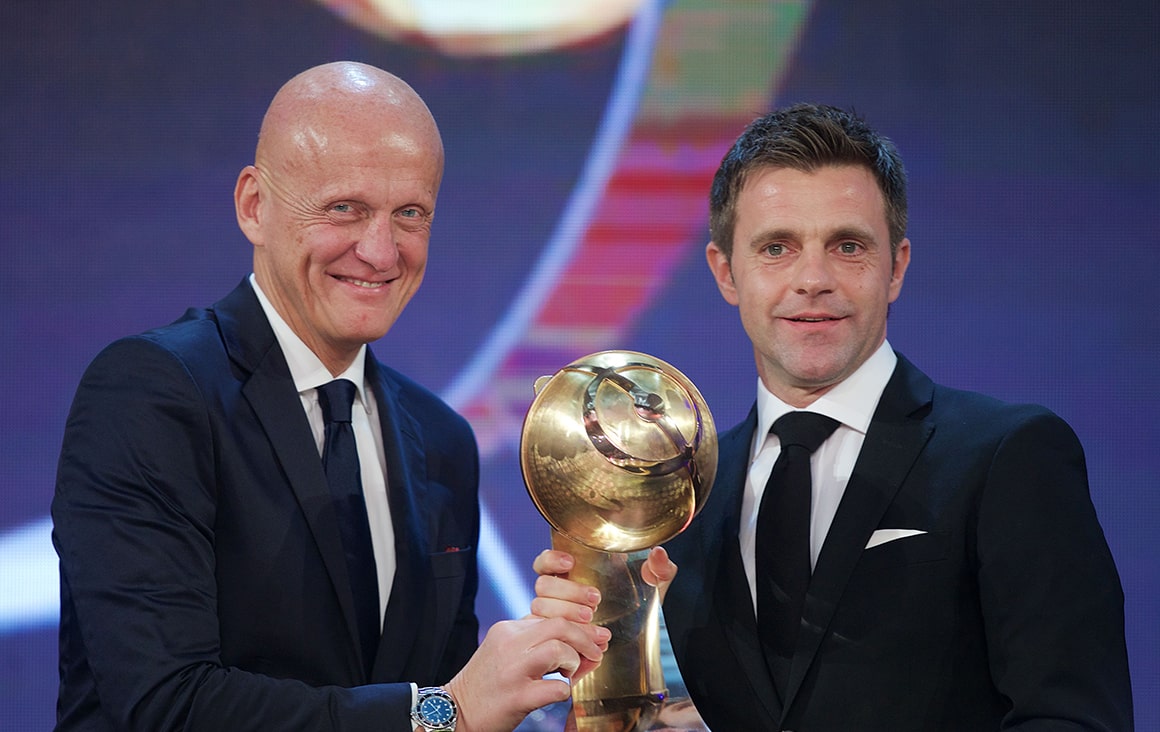 The jury chose him from a shortlist of 12 as the best referee of 2014, confirming the work of Massimo Busacca, FIFA’s chief refereeing officer, who in the summer chose the Italian to referee the World Cup final, thus in his turn acknowledging the quality of Italian preparation which is among the best. Collina, UEFA’s current chief refereeing officer, had a role in Rizzoli’s development and had the pleasure of presenting his award in Dubai, after guiding him in his work in the Italian Serie A. Rizzoli stands out for his style and his ability to handle a match, combining a firm approach and steady character to the necessary ability to interact with the players.