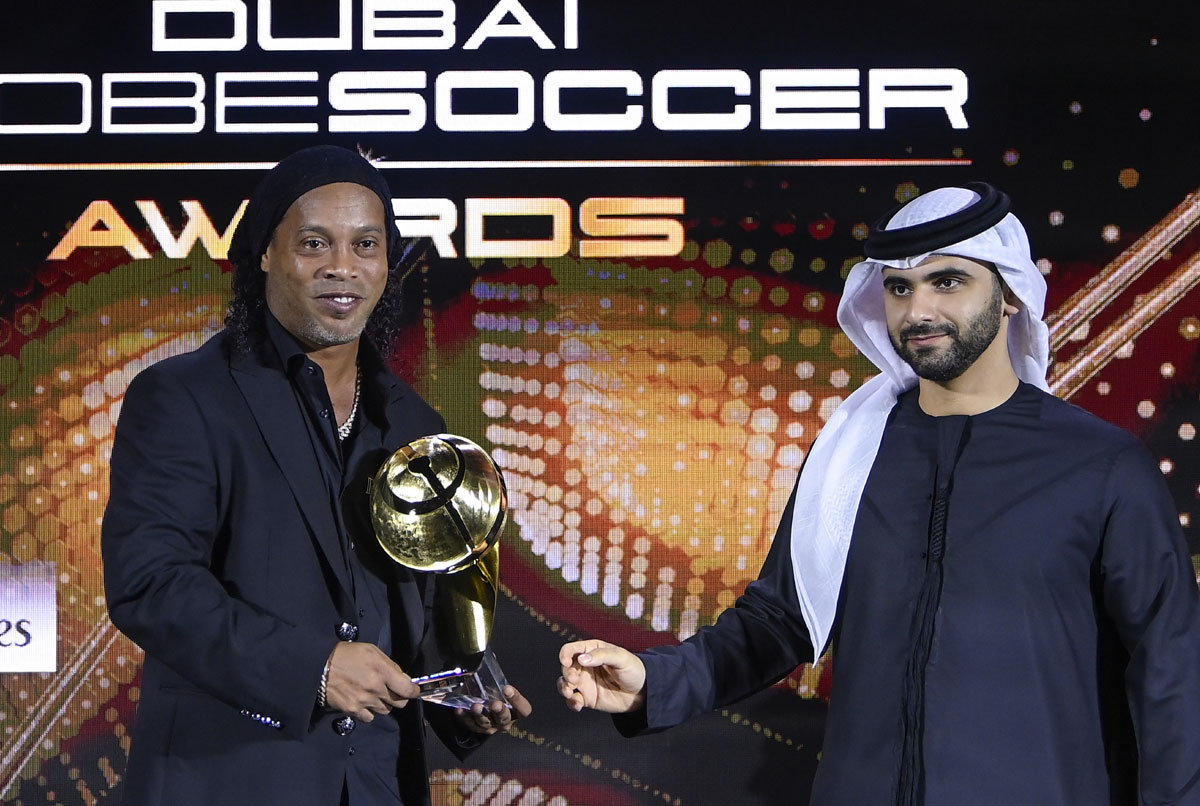 Famed as one of the greatest footballers in history, in a career in which he won 853 games with 328 goals, this year Ronaldinho’s trophy shelf is embellished with an additional prize as he wins the Globe Soccer Career Award.

Ronaldinho amassed several national and international trophies between Europe and America: he won 2 Spanish Championships, 2 Spanish Super Cups and 1 Champions League with Barcelona, while in America he won a Copa Libertadores and a Recopa Sudamericana with Atletico Mineiro.

At the individual level, Ronaldinho is also the holder of a Ballon d’Or, won in 2005, and 2 consecutive FIFA World Player of the Year awards, in 2004 and 2005, which equalled Ronaldo’s record.