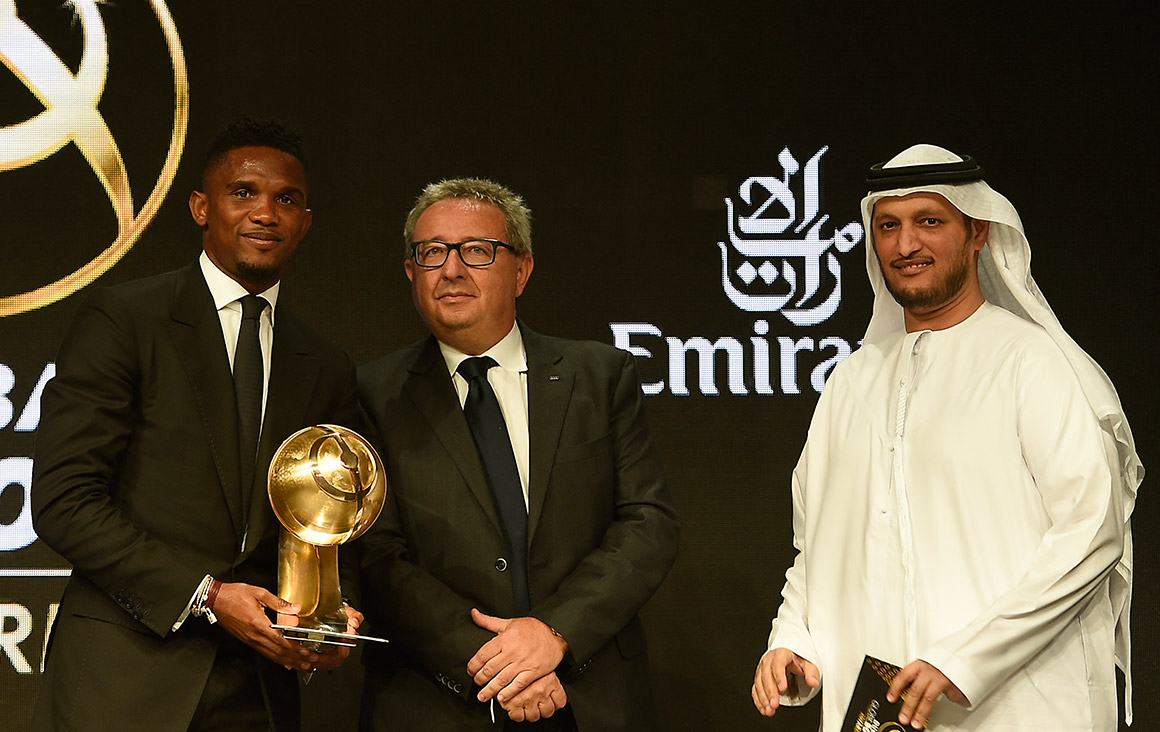 This year the career award goes to Samuel Eto’o, one of the best players of his era and the only one to win two trebles two years running and with two different teams, Barcelona in 2008-2009 and Inter Milan in 2009-2010. Globe Soccer could not fail to recognise this champion’s career.