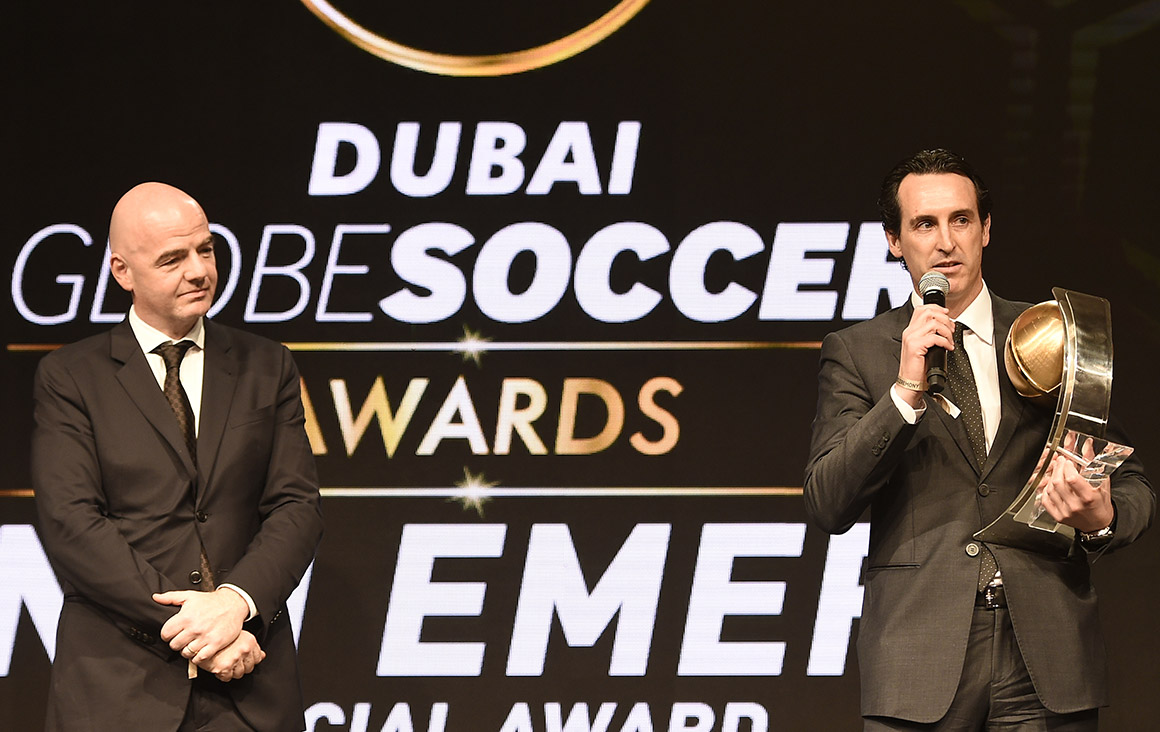 It was Unai Emery who took home the a special awards in a truly remarkable year indeed. But after the record achieved with Seville, winning for three consecutive seasons, running such a difficult and challenging trophy as the Europa League, his record could not be ignored, above all for being the first coach to win this competition three times with the same team.
Now he is coaching Paris Saint Germain and we will see if he manages to repeat his success in leading the French champions.