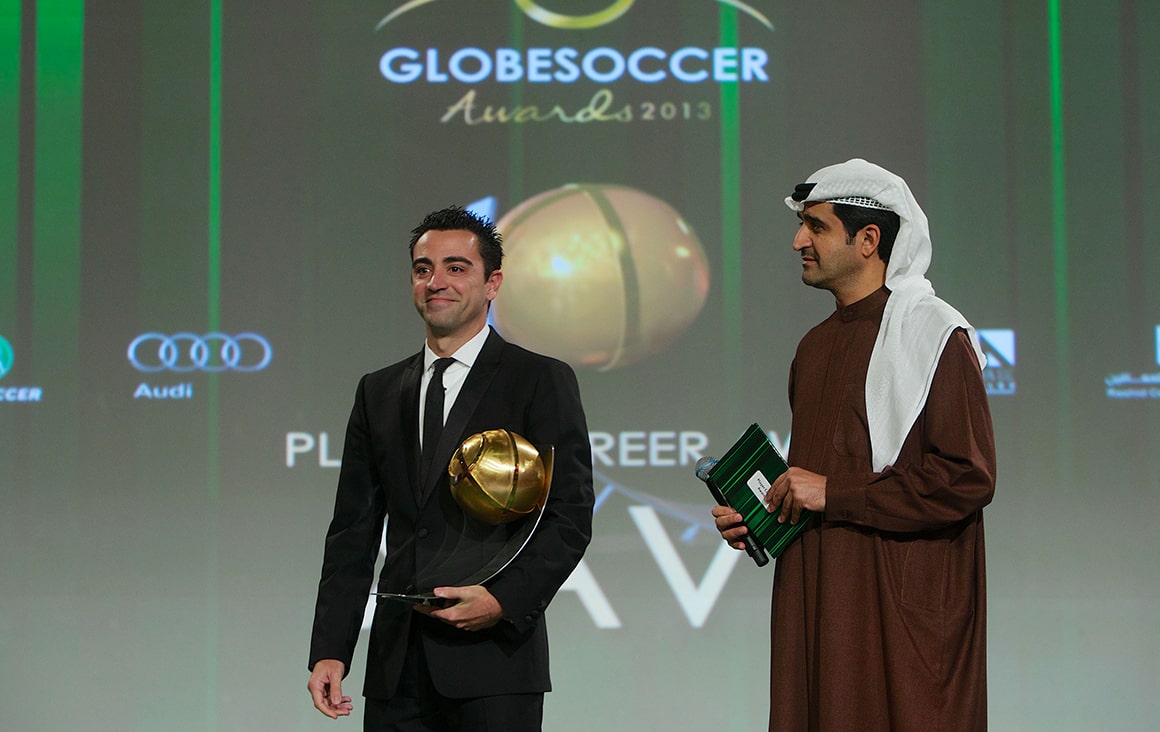 Xavi, of Barcelona, European and World champion with Spain, after winning everything with his club. The best player of all in terms of his ability to complete passes, with an average of 93 passes per game (in the last five years), 93.2% of which were successfully completed. An extraordinary, elegant and exemplary athlete, a model for those who love this wonderful game. He is part of the golden generation of Spanish football, having won the under-20 World Cup at the start of his career.