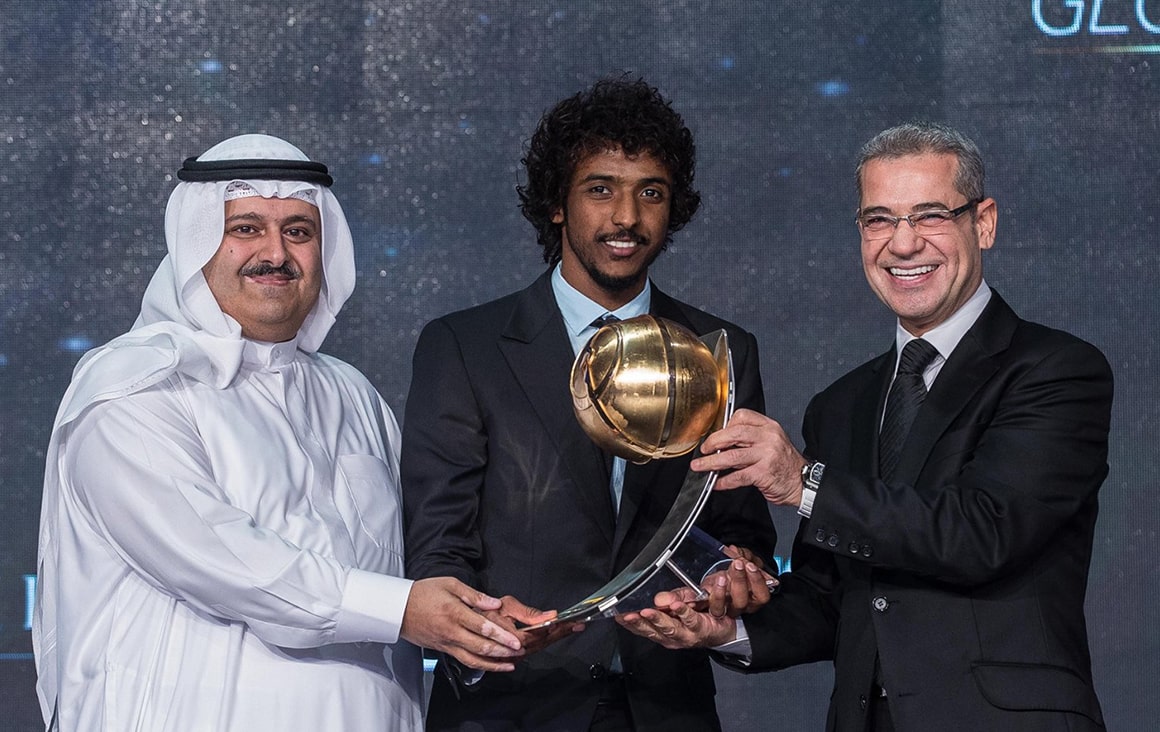 Awarded by: Mustapha Al-Agha from MBC TV and the founder of Kooora, His Excellency Khalid Aldoseri

Yasir Al-Shahrani is a 23-year old defender, still very young but already with international experience, having played in the Under 20 World Cup in 2010 and the 2015 Asian Cup with Saudi Arabia. His quality has already caught the eye of the European football market. His success as the best player in the GCC for 2015 has been guaranteed by a poll held over the last two months arranged by Kooora.com. throughout the Arab world. 66 players (11 for each country) were in the running, then cut down to the three finalists who were voted for throughout December.