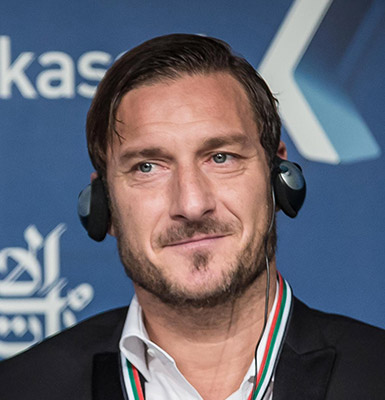 AS Roma Manager
Francesco Totti needs no introduction: his farewell to football at the end of last season moved the entire world. The former forward and current director of AS Roma has become a legend and symbol for the Roman club and for all lovers of football worldwide. Even at the end of his career as a player, Francesco Totti decided to keep working for the club he has given so much to over 25 years, by starting his career as a director there in 2017. Totti was a World Cup winner in 2006, Italian championship winner in 2001, top scorer in Serie A and Golden Boot winner in 2006/2007.
Years
see you in Dubai