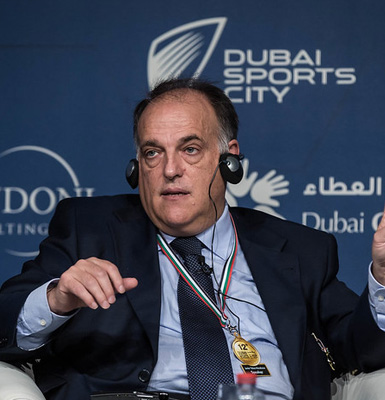 Javier Tebas Medrano, President of the Liga de Futbol Profesional (LFP) since 2013, is one of the most influential directors in Spanish football.
This success of spanish clubs in the recent years has ensured a high-quality supply of players to the national team.
Before becoming President, Tebas was Vice President of the LFP, working also as a consultant for a number of Spanish clubs, including Mallorca, Betis, Huesca, Xerez, Rayo Vallecano, Granada and Real Valladolid.