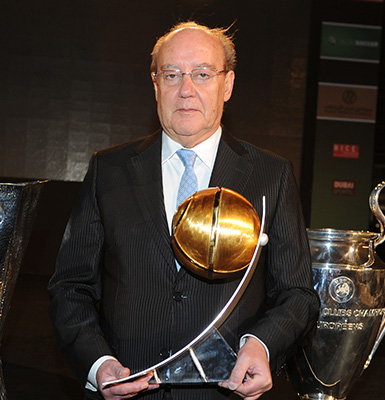 Jorge Nuno Pinto da Costa, born on the 28th of December 1937, is the Chairman of FC Porto since April 1982. After almost 30 years of successes, having transformed the club in one of the most accomplished in the world, he is the Chairman with the most trophies won in the history of football (53 trophies).

Pinto da Costa reached the chairman status after a long road as director of FC Porto, working in the departments of boxing, roller hockey and football, this one during the final years of the Seventies in the last Century.

On the last three decades, he has turned FC Porto in the most accomplished club in Portugal, in terms of trophies won, and the club is the most victorious in the XXI Century (24 trophies), counting an Intercontinental Cup, a Champions League and two UEFA Cup/Europa League among them.