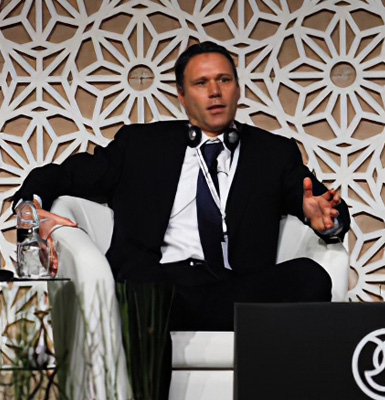 Marco Van Basten is a Dutch football manager and former football player, who played for AFC Ajax and AC Milan, as well as the Dutch National team, in the 1980s and early 1990s. he is regarded as one of the greatest forwards of all time and has scored 277 goals in a high-profile career. He was later the head coach of AFC Ajax and the Dutch national team. Van Basten won three times the Golden Ball (1988, ’89 and ’92) and FIFA World Playerof the Year in 1992. During his remarkable career he was awarded multiple prizes, with the Dutch National Team he was in 1988 European Champion, with Ajax he won 3 Dutch league Title, 3 Dutch Cup, 1 Winner’s Cup. With A.C Milan he won 4 Serie A Championship, 2 Italian Super Cup, 2 European Champions League, 2 Intercontinental Cup, 3 European Super Cup.