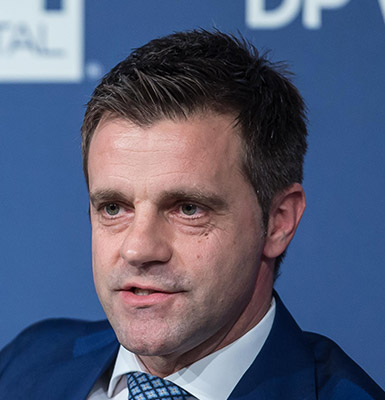 Nicola Rizzoli is an Italian football referee who has refereed in the Italian Serie A since 2002 and has been a FIFA-listed referee since 2007.

In 2014 he was the first referee to receive the Globe Soccer Award in Dubai, after refereeing the 2014 World Cup final in Brazil between Germany – Argentina and, in the same year, was appointed by UEFA to referee the Champions League final at Wembley between Bayern Munich and Borussia Dortmund.

Rizzoli confirms the Italian tradition of producing high quality referees. At international level, Rizzoli is the worthy heir to Pierluigi Collina. In 2016 he received the Premio Campanati in Milan.