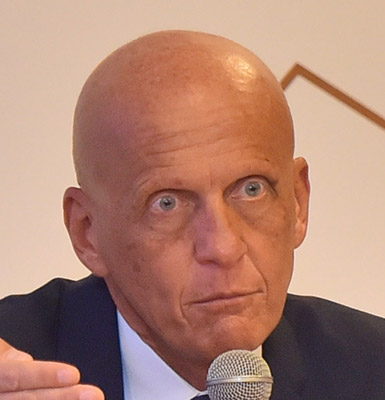 Pierluigi Collina (born 13 February 1960) has been President of the FIFA Referees Committee since January 2017. During his career he was widely considered the best referee of his generation and was named “Best Referee of the Year” six consecutive times.
After working as chairman of the Italian Referees Committee for Serie A and Serie B, he decided to leave this role in 2010 to take responsibility for UEFA’s Refereeing Committee.
In this position he brought innovation and growth, promoting the use of additional referees and collaborating with FIFA in the experimentation with video assistant referees