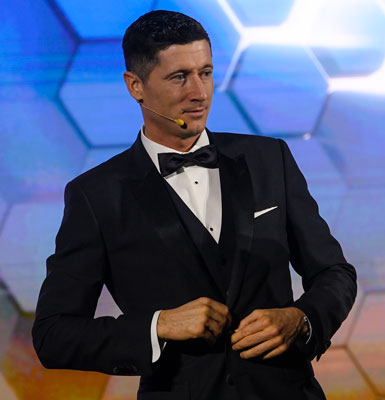 A Polish footballer who plays for German club Bayern Munich and captains the Poland national team, Robert Lewandowski has been one of the world’s most remarkable strikers, having scored over 500 senior career goals for club and country.

In a brilliant 2019-20 campaign, Lewandowski led Bayern Munich to a domestic and European treble, scoring an incredible 55 goals in just 47 competitive matches across all competitions, becoming the top goal scorer in the Bundesliga (34 goals), DFB Cup (6) and Champions League (15).