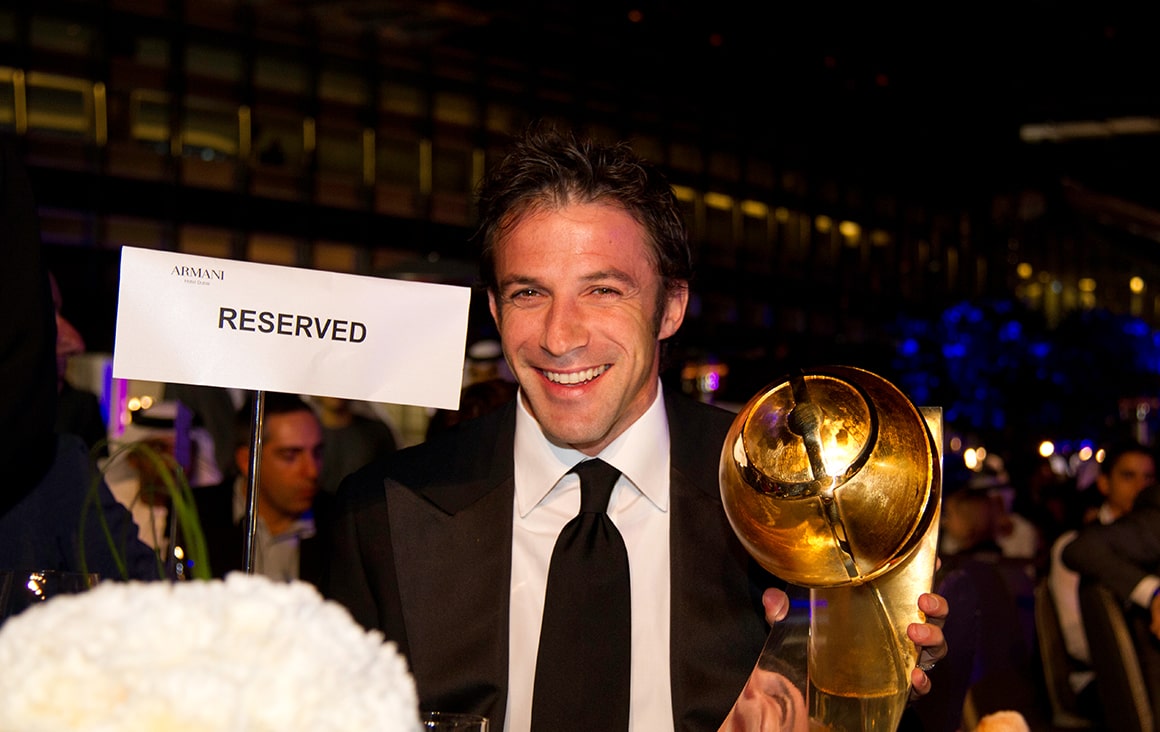 Career award for Alessandro Del Piero of Juventus. An extraordinary athlete, a World Cup winner as well holder of domestic and European titles, a model of ethical behaviour on the field and off, a legend simply for pulling on the same team’s shirt for almost 20 years in one of the most difficult championships in the world.

Del Piero represents the best of Juventus and has played in 4 different stadiums in Turin during a career that has always been at the highest level, going from Delle Alpi, to the old city stadium, to the Olimpico and finally to Juventus Stadium, even accepting to stay with the club when it was in a lower division.

In Juventus’ long history Del Piero is on the same level as extraordinary footballers such as Platini, Paolo Rossi, Sivori, and Boniperti.

His most famous Chairman, the unforgettable Gianni Agnelli, called him Pinturicchio, exalting his genius and elegance on the pitch.