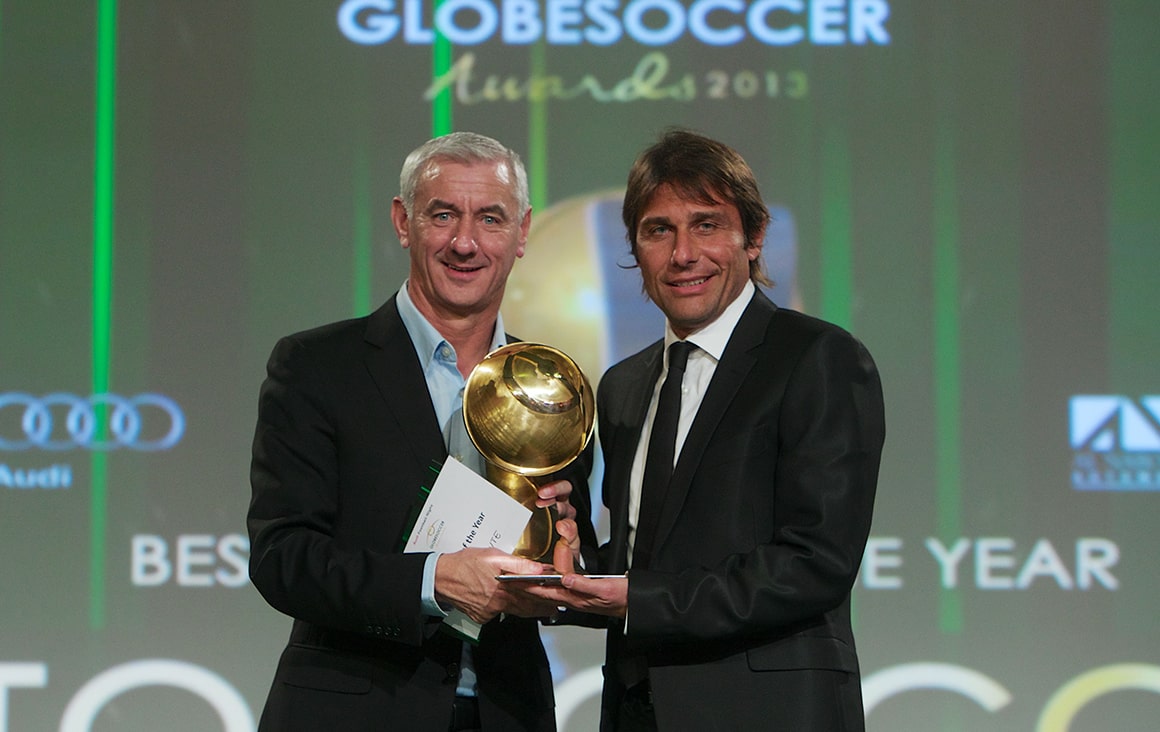 Antonio Conte, another record holder, and once again very young, was another established footballing star who immediately became a top manager. He has been in charge at Juventus for three years and from when he took his place on the bench he has always been ahead of the pack. Two Italian championships, the first of them going unbeaten, and now after 17 games in the Serie A, he is once again at the top of the table, 5 points ahead of the second-placed club, and with the record of total points won by his team. Conte is the Serie A coach with the highest percentage of victories 64.1% (68 out of 106 matches), on the basis of at least 3 completed championships or 100 games. He represents the best of the great Italian coaching tradition and is a worthy winner of the title of best coach of 2013.