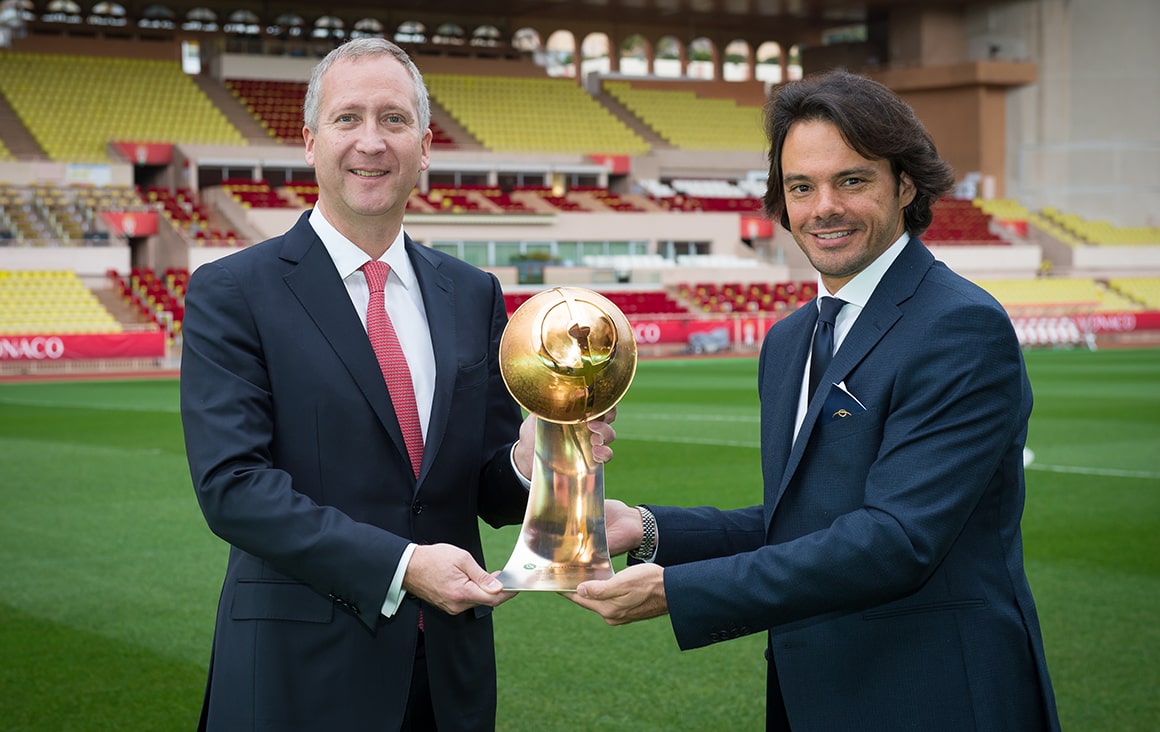 Awarded by: Tommaso Bendoni
Accepted by: Vice President of AS Monaco, Vasilyev Vadim

The Best Transfer Market Club Award went to AS Monaco FC, which won previously in 2014-15 too after the sale of James Rodriguez to Real Madrid.

This time it was Anthony Martial’s transfer which took the award, with his move to Manchester United for a record fee, 80 million euro covering salary and bonuses, in order to win the services of a 20-year old player (an age he reached on 5 December 2015).

Monaco confirms its high standing in the creation of value from young talent. James Rodriguez broke through in the 2014 World Cup in Brazil, pushing his own value up exponentially, for Martial it is sufficient to recall that Monaco’s gain on the deal was almost 80 million euro, since he had been bought for 5 million, most of which was amortised in the years 2013-2014 and 2014-2015.