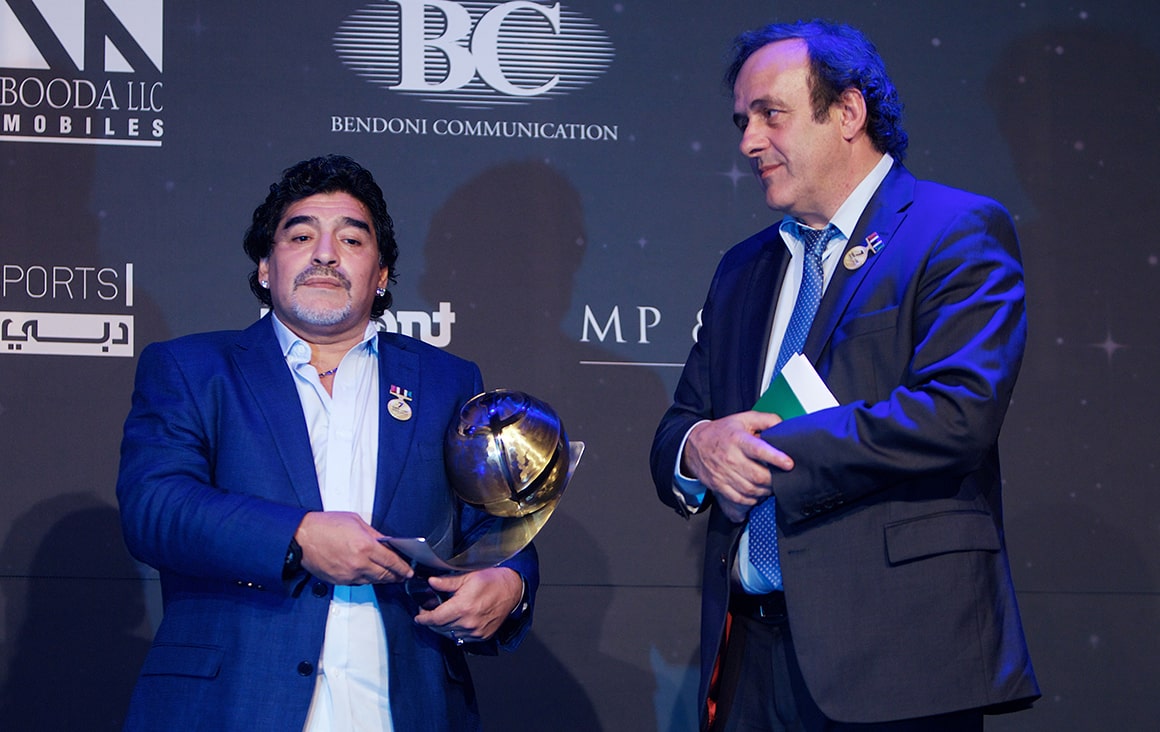 He is not a player but a football genius, the champion that could capture the fantasy of the last 30 years supporters’ generations, all over the world, the man that could approach, in a different timing, Pelè, always considered as unreachable. Today, the Century’s Award goes to Diego Armando Maradona, a unanimous recognition for his exceptional talent. Maradona won with the Argentina National Team and with all the clubs that he joined, being able to bring the “Scudetto” to the Naples, after having excite the Spain and Barcelona. World champion under 20 in 1979, in Japan and World champion in Mexico in 1986, he was the first of 10 players to conquer both the titles. To Diego goes the honor of being considered the best player ever, an example of style that we’ll always admire.