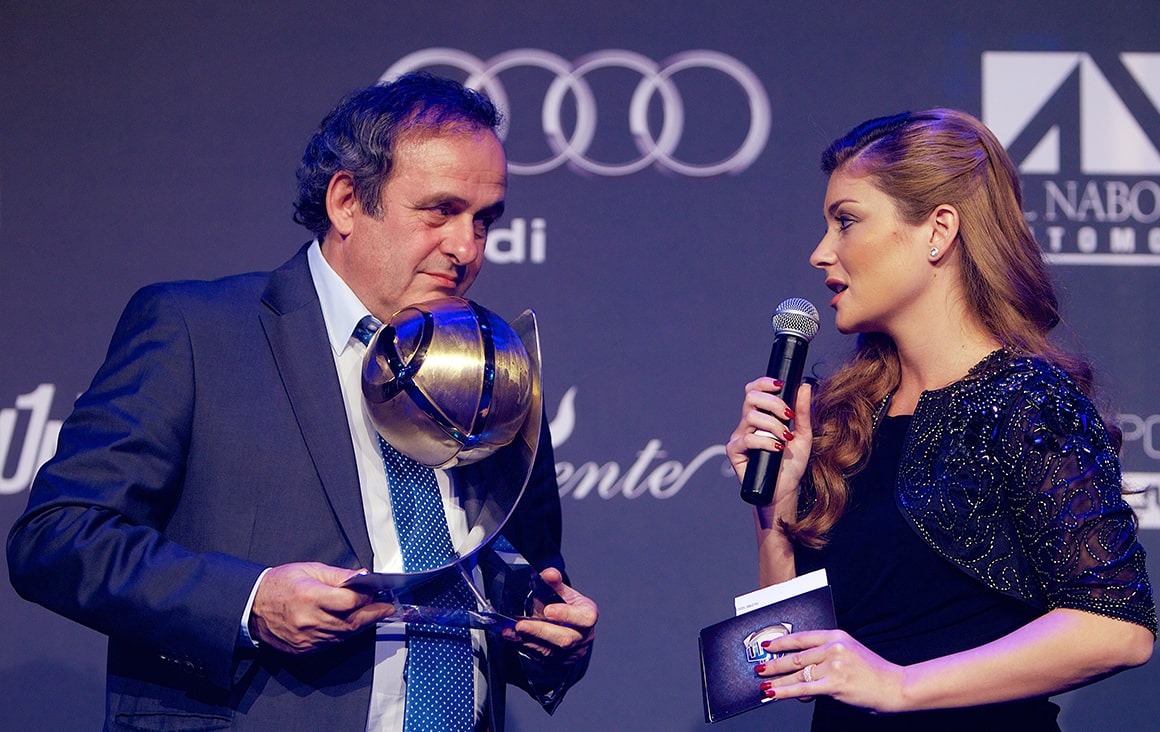 Awarded by: Mohammed Al Kamali (Head of the organising committee of the Dubai International Sports Conference)

Honor award and special prize for a man who gave football a new dimension, from the behavior on the field to the management of the rules. Michel Platini is not just a great star of a great period. Of course he was Michel Le Roi, the French Italian, the champion that won with the Juventus and with the France National Team, a spontaneous talent associated to a honest way of living football, minimizing victories and defeats. The extraordinary champion was a loyal and ironic man, available to dedicate to his own Country in the organization of a World Cup won by the Nation and not just by the National Team. Today, “le roi” is becoming “the king”, exceeding the natural boundaries, operating in the interests of those who love the football. We needed a player in order to highlight the problem of a discipline that is interconnected with economic and media interests. Now in Europe, we have a more democratic Champions League and the financial fair play at the eve of the 2020 announced as the first real moment of the United States of Europe, with the itinerant continental trophy. To Michel goes the Career Award with special honors. The synthesis of all that he was and did does well to the whole system.