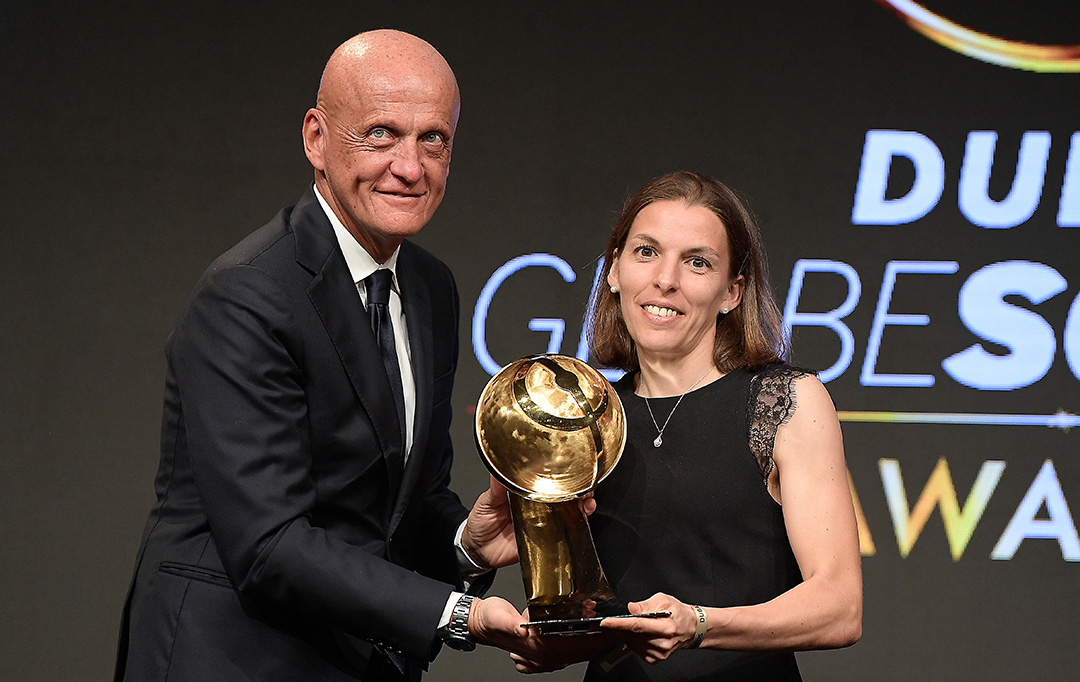 Once again, a woman has achieved recognition as Best Referee of the Year.

Frenchwoman Stephanie Frappart takes the Globe Soccer stage after a brilliant career in which she has reached the highest levels in her field: first woman referee in the French men’s top league, Ligue 1, as well as match referee of the final between the United States and the Netherlands at the Women’s World Cup of summer 2019. She was also the first female official in history to preside over a final of the men’s football UEFA Super Cup, the one between Liverpool and Chelsea played on 14 August.