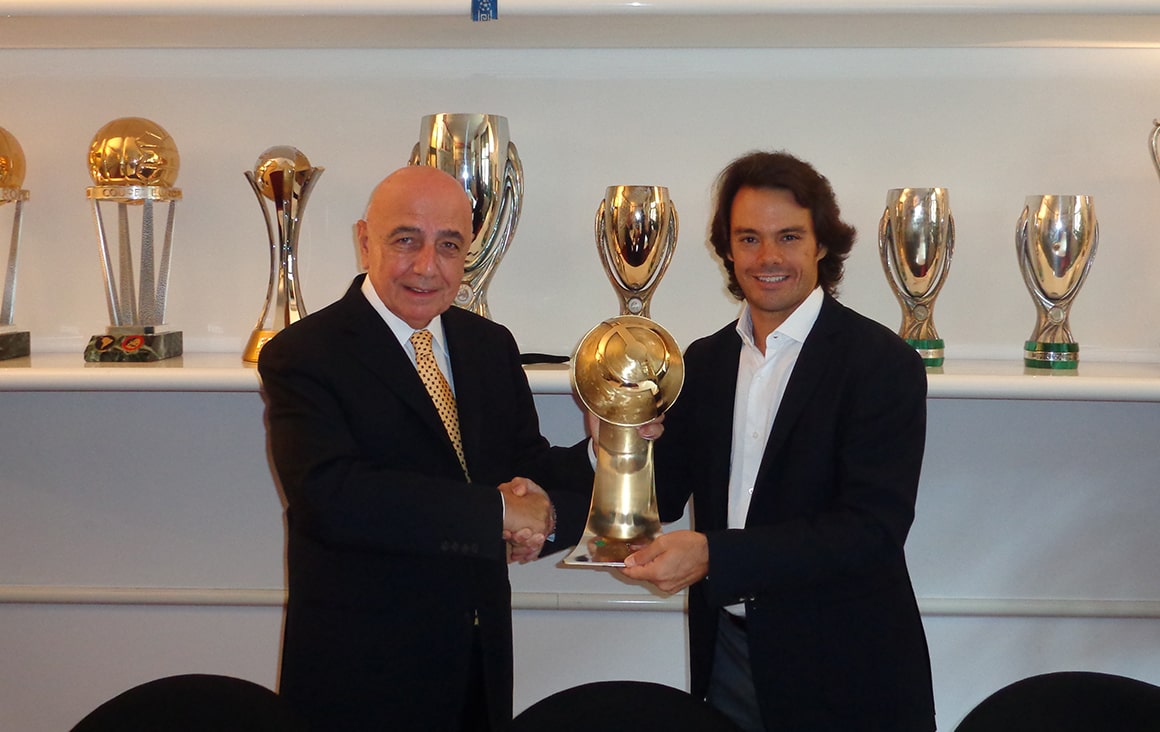 The career award for directors goes to Adriano Galliani of AC Milan, who is also in the running for the 2010 Award, after successfully completing two extraordinary transfers over the last 12 months: the sale of Kakà to Real Madrid, at the player’s highest ever transfer fee, and the purchase of Ibrahimovic from Barcelona, at his lowest ever transfer fee. AC Milan with Ibrahimovic in the team are currently top of the Serie A inItaly. The Jury of the Globe Soccer Awards, while acknowledging the importance of these transfers, believed it was right to dedicate the award to the work Adriano Galliani has done in over 20 years running the world’s most successful club. The proof of this quality is evident in the roll call of the numerous champions who have played in the red and black ofMilanthanks to Galliani. Besides the Italian world cup winners, we can also mention Van Basten, Rijkaard, Gullit, Rivaldo, Ronaldo, Ronaldhino, Pato, Kakà, Beckham, and Ibrahimovic. Among the most famous directors worldwide, Galliani has had the privilege of also representing his colleagues as President of the Italian National League. InItalyhe has contributed to increasing the value of football TV rights. Platini, the UEFA President, wanted Galliani with him in his small group of experts from European clubs.

The jury, therefore, given the 26 titles Galliani has won during his time at AC Milan (13 international and 13 domestic), judged that it was more important to highlight an extraordinary career, enriched by the fact of having been decisive in making AC Milan still the most successful club in the world in terms of competitions won (18 internationally).